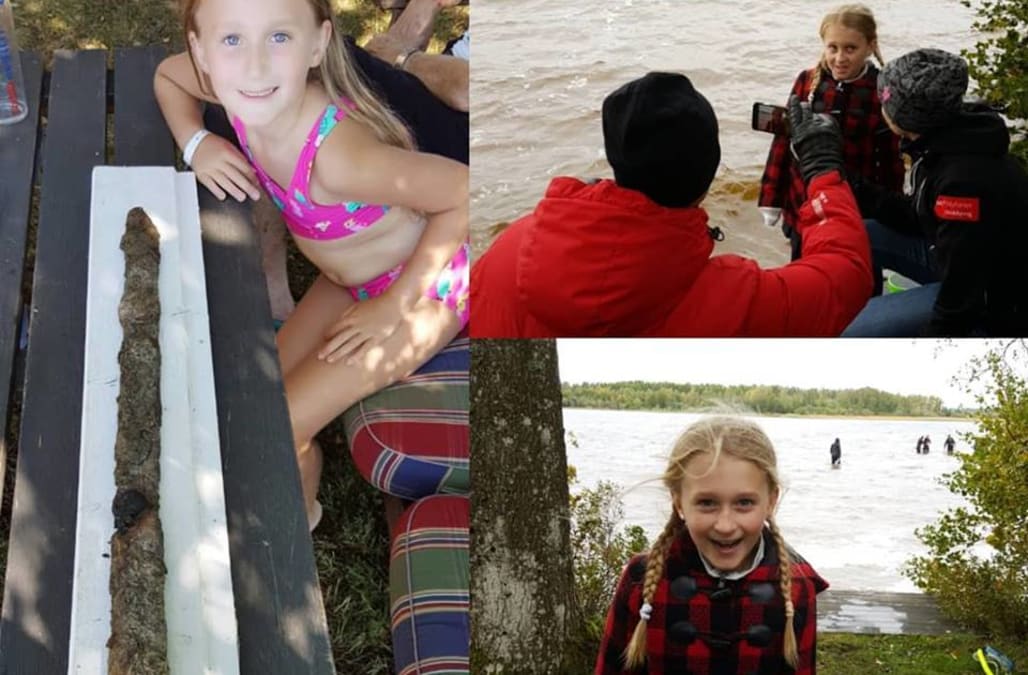 An 8-year-old girl unexpectedly pulled an Iron Age sword from a Swedish lake — and it happened to be the “first sword of its kind to ever be found in Scandinavia.”

Saga Vanecek found the sword while playing in Lake Vidösten this past summer nearby her family’s summer home.

"I was outside in the water, throwing sticks and stones and stuff to see how far they skip, and then I found some kind of stick," Saga explained to The Local.

She was going to put it back in the water until she realized it was a sword.

“I held it up in the air and I said 'Daddy, I found a sword!' When he saw that it bent and was rusty, he came running up and took it," she said.

"There is also preserved wood and metal around it," he said. "We are very keen to see the conservation staff do their work and see more of the details of the sword."

Nordström explained the conservation process could take at least a year.

The museum thinks the sword may date back to the 5th or 6th century AD, pre-Viking Age.

"The cool thing is that I'm a huge Minnesota Vikings fan, and this looks just like a Viking sword!" Saga’s father, Andy Vanecek, said.

Andy Vancek, who revealed the discovery Wednesday, remains intrigued by the sword’s past.

“Now, questions are many, and fantasies abound as we wonder what happened so long ago which led to a sword, in its scabbard, being lost to the bottom of the lake. Did someone fall overboard, or through the ice during a winter trek? Was a wealthy noble buried in the lake, as from a scene in Game of Thrones? The mystery will forever be known only to Lake Vidösten…” Vanecek wrote in Facebook post.

National Archives of Sweden will decide if Saga will be rewarded for her findings.