Mystery solved? Shipwreck may be oldest found in Lake Erie 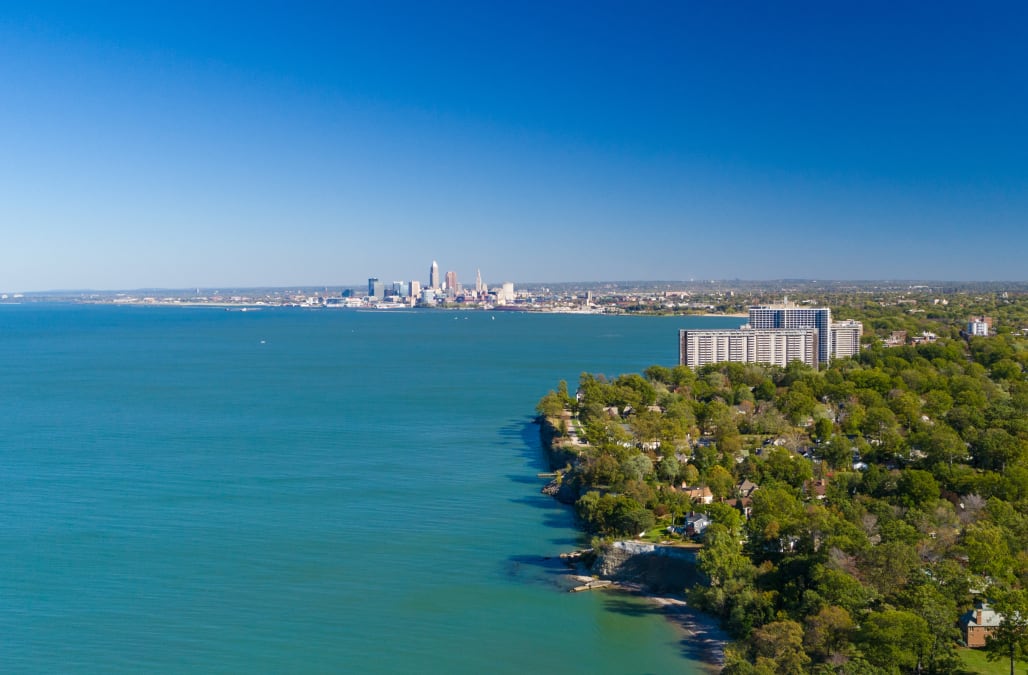 TOLEDO, Ohio (AP) — Shipwreck hunters who spent eight days this summer unearthing and examining the remains of a schooner in Lake Erie in Ohio think it's most likely a sailing ship that sank nearly two centuries ago.

That would make the wreckage the oldest ever found in the shallowest of the Great Lakes.

But there's a bit of debate among the marine archaeologists and shipwreck hunters who are trying to identify the wreck about how confident they are it is indeed the Lake Serpent that sank in 1829.

So far, there are several signs that say it's a match, according to the National Museum of the Great Lakes, which on Thursday released the findings from its work this summer.

Divers determined the wreck's size and stone cargo point to it being Lake Serpent, and they uncovered what appears to be a carving at the ship's bow, the museum said. Historical records show the Lake Serpent had a serpent's head carved near the front — an unusual feature for a vessel of that era.

The site also seems to be near where the Lake Serpent was thought to go down near Kelleys Island off the Ohio shoreline.

Carrie Sowden, the Great Lakes museum's archaeology director, said it all adds up, but she was hesitant to say that it's definitely the Lake Serpent.

"I don't know what else it could be, but there's still enough unknown that we haven't seen," she said, adding that divers plan to take another look at the site next year.

Some parts of the wreckage are still covered in several feet of mud and sediment. "You never know what's under the sand," Sowden said.

Lake Erie is a graveyard for hundreds of vessels taken down by violent storms that can whip up in a hurry. Many have been found in recent years by a small, dedicated band from the museum and the Cleveland Underwater Explorers club.

While identifying these wrecks often relies on circumstantial evidence, what makes their latest attempt difficult is that the Lake Serpent was constructed before ship builders began including hull numbers or name plates onboard.

Also, visibility was limited around the wreck and it was torn apart more than expected, making it tough to find key features, the museum said.

The schooner was built in 1821 in Cleveland at a time when the city had less than 1,000 residents. Its job was to carry cargo — produce, flour, whiskey, limestone — to ports along the lakes.

It went down eight years later. The body of one crew member was spotted in the lake days later while the bodies of the captain and his brother washed up on the shore of Lorain County in the fall of 1829, according to a newspaper report.

Tom Kowalczk, who spotted the wreckage on his sonar screen in the summer of 2015, said he's pretty confident it's the Lake Serpent because there are enough findings that line up.

That includes the unique carving they found on the ship and the large stones they came across — the Lake Serpent was said to be carrying stone from a Lake Erie island.

"We haven't found anything that says it's something different," he said.

David VanZandt, director of the Cleveland Underwater Explorers, said there's enough evidence for him to say he's almost certain the wreckage that sits nearly 50 feet (15 meters) below the surface is the Lake Serpent.

More from Aol.com:
Passengers evacuated after fire erupts aboard plane at JFK Airport
American Airlines flight diverted to Missouri due to unruly passenger
A Drug Enforcement Agency plane collided with a Tesla Model X as it crash-landed on a Texas street