89,000 pounds of ham recalled after one dies in listeria outbreak 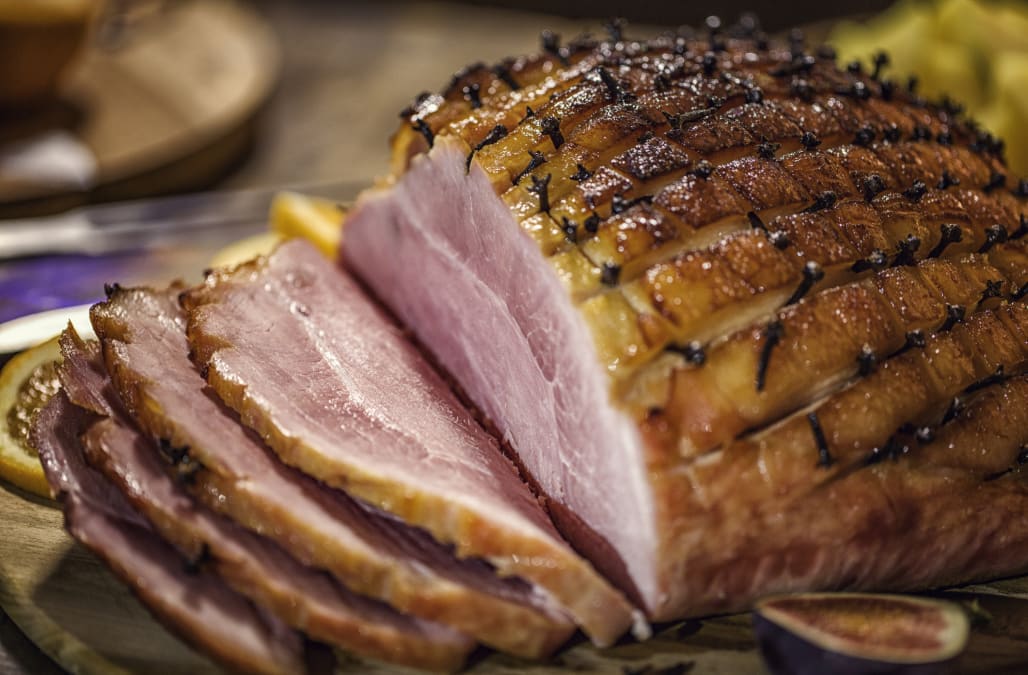 A North Carolina-based company is recalling over 89,000 pounds of ham products after one person died in a deadly listeria outbreak, the Department of Agriculture's Food Safety and Inspection Service (FSIS) announced on Wednesday.

The multistate outbreak, which was linked to ready-to-eat deli ham produced by Johnston County Hams, left at least four people sick and one person dead across North Carolina and Virginia, according to the Center for Disease Control.

The products subject to recall were produced between April 3, 2017, and Oct. 2, 2018, and bear the code "EST. M2646" inside the USDA mark of inspection on the packaging. The items were shipped to distributors in Maryland, North Carolina, New York, South Carolina and Virginia.

Those exposed to the bacteria may exhibit symptoms including fever, muscle aches, headache, stiff neck, confusion, loss of balance, diarrhea and other gastrointestinal symptoms, according to FSIS.

Listeria infections are especially dangerous for pregnant women, as they can cause miscarriages, stillbirths, premature deliveries and life-threatening infections in newborns. Older adults and individuals with weakened immune systems are also at a higher risk for more serious infections.

Consumers who have purchased the potentially tainted products are urged to immediately throw them away or return them to their place of purchase. Retailers are cautioned to clean and sanitize deli slicers and other areas where the recalled ham was prepared, stored or served.