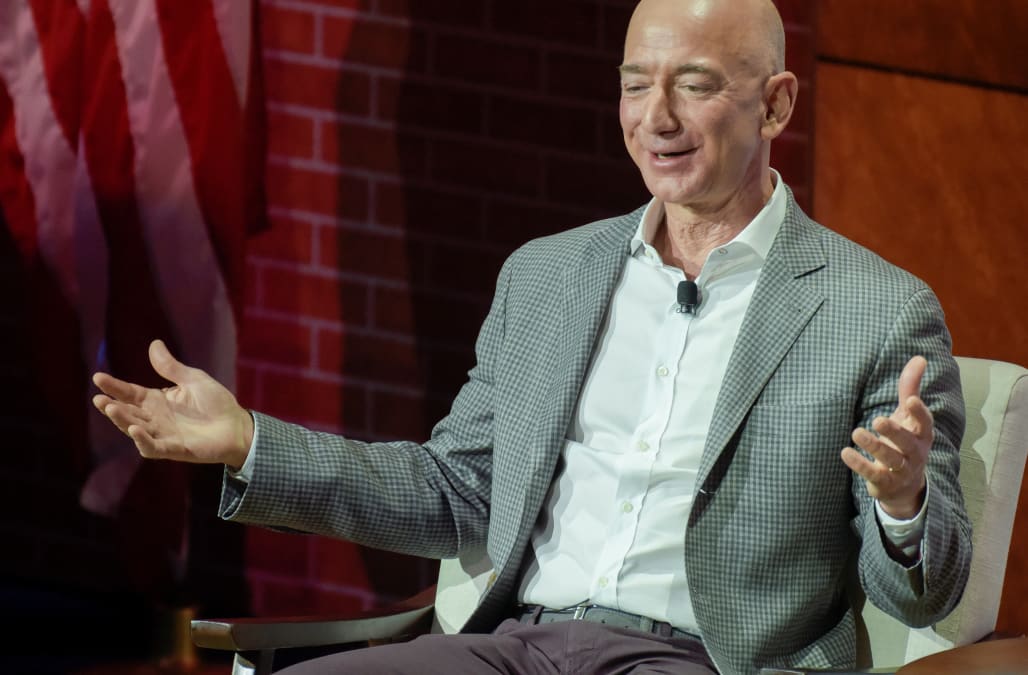 Amazon founder and CEO Jeff Bezos has leapfrogged Bill Gates as the richest person in America, according to Forbes.

This marks the first time since 1994 that Gates has not stood atop the list of America’s wealthiest individuals, the magazine wrote, though the Microsoft founder is still worth $97 billion. But Bezos, who was the list’s biggest gainer, was also the first individual to breakthrough $100 billion, with a fortune estimated at $160 billion. That’s up $78.5 billion since last year.

Bezos was helped out by a roughly 100 percent year-over-year gain in his company’s stock.

Last month, Amazon became the second company worth $1 trillion, hitting the milestone one month after Apple became the first to do so.

Amazon reported in July it hauled in $52.9 billion in revenue during the second quarter, along with a record $2.5 billion in profit. Once a digital go-to spot for book sales, Amazon has morphed into a powerhouse on several fronts, from cloud services to advertising.

And Amazon is pushing to further its success in entertainment as well. At the Emmys last month the company’s hit series “Mrs. Maisel” netted five awards, including for Outstanding Comedy Series.

Reactions to Jeff Bezos' fit physique
Congratulations Jeff Bezos on your change in personal brand from “business ascetic” to “prefers killing with his ba… https://t.co/EK4dvD8fGd
jeff bezos doesnt get enough credit for his performance in whiplash https://t.co/k9wZK8VDro
Jeff Bezos at Sun Valley today lookin like he'll kick your ass if you short Amazon https://t.co/2LdQJBzctZ
Cameras have gotten better since 1997 https://t.co/bBwGggK4r0
@Nivo0o0 @ProductHunt Vin Diesel, is that you? https://t.co/yWJUmlzilk
Fun fact: The back of Jeff Bezos' head has never been photographed because then you'd see the barcode https://t.co/c3k1grMq1T
Up Next

The company’s success put it under the microscope. President Trump criticized the company earlier this year for using the United States Postal Service as its personal “delivery boy” and skirting taxes.

More from The Wrap:
The Evolution of Bradley Cooper, From ‘Sex in the City’ to ‘A Star Is Born’ (Photos)
Why Jared Goff, Matt Damoan and Mallory From ‘AHS’ Are TV’s Social Media MVPs of the Week
‘Conjuring 3’ Lands Director Michael Chaves