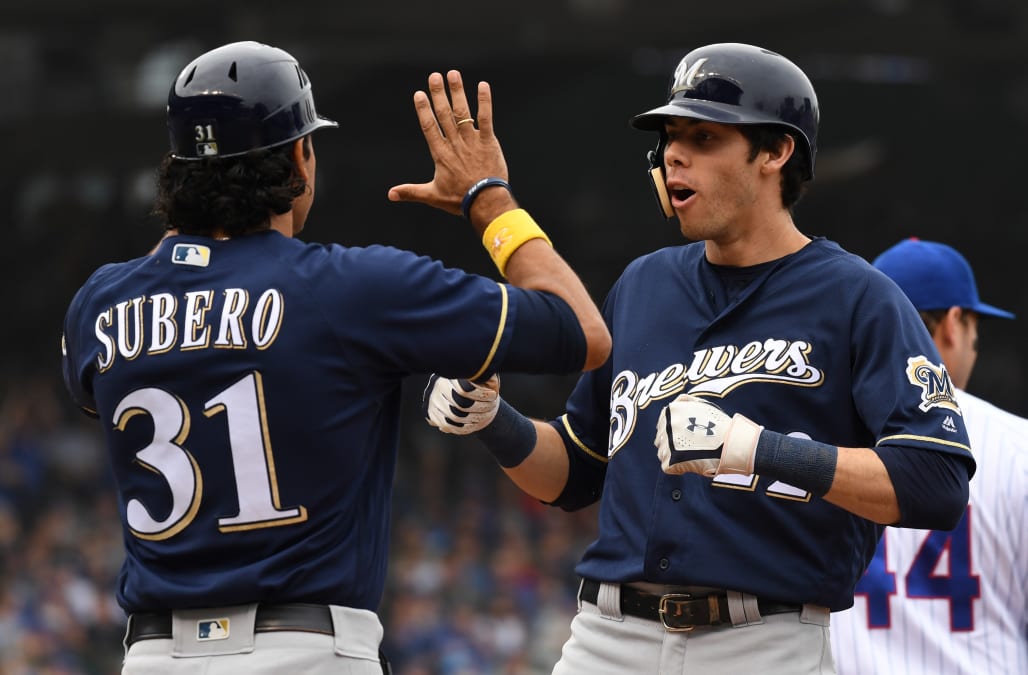 Once the Cubs lost to the Milwaukee Brewers in a National League Central division tiebreaker and the Colorado Rockies in the NL wild card game, it was official: Nathan Marzion had lost his very viral bet.

Back in May when the Brewers were looking hot and held a 3.5 game lead over the Cubs in the NL Central, a confident Marzion tweeted a promise that if the Brewers finished ahead of the Cubs this season, he would write a 1,000-word apology letter to whoever liked his tweet. The tweet quickly went viral among Brewers fans.

Now, with the Brewers in the NLDS and the Cubs officially eliminated, it was time for Marzion to pay up. The Brewers themselves even asked for a copy.

(Photo by Bob Levey/Getty Images)
Up Next

Marzion took the opportunity to explain why he, a Wisconsin native, was a Cubs fan, why he believed the Brewers fading was inevitable and, most impressively in these times, why he was wrong.

Thanks, @natemar3i0n. We got our letter. We appreciate you being a good sport! Go Brewers! #OurCrewOurOctoberpic.twitter.com/T66rAUirD4

All in all, credit to Marzion for being a good sport and also being smart enough to not enter the pantheon of extraordinarily terrible sports bets with something more self-harmful than a two-page letter. He might need to have a talk with some members his own fanbase about the NL MVP race though, as they might not totally agree with his Christian Yelich pick.

• Passan: Where do Cubs go after embarrassing postseason exit?
• The unlikely hero that saved the Rockies season
• Why Dodgers aren’t starting Kershaw in Game 1
• MLB postseason field is set: Here’s the schedule and how to watch