Weird Goblin planet found on the edge of solar system 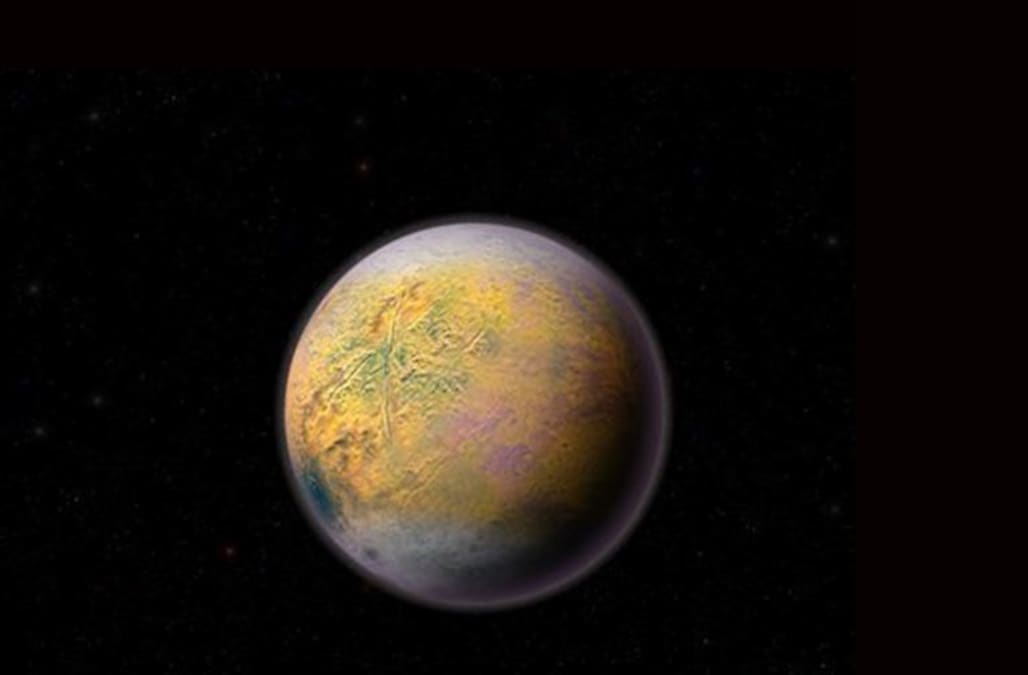 A strange little dwarf planet with a colorful name is giving astronomers new evidence in the hunt for Planet X.

The Goblin is a newly confirmed dwarf planet that travels to the fringes of the solar system. Formally known as 2015 TG387, the nickname came from the “TG” part of the designation along with the fact that it was first seen around Halloween of 2015, according to the Carnegie Institution for Science.

The dwarf planet is currently about two-and-a-half times further from the sun than Pluto is right now, but it’s in an elliptical orbit so extreme that it will eventually be some 67 times the distance from the sun as Pluto and into the Inner Oort cloud. 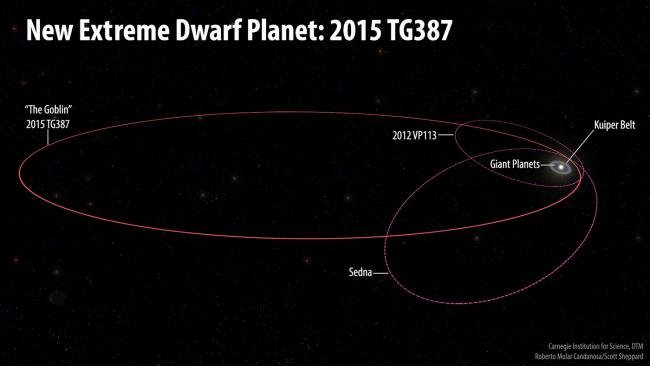 With a diameter of just 186 miles, The Goblin is also on the small side, even for a dwarf planet.

“We think there could be thousands of small bodies like 2015 TG387 out on the solar system’s fringes, but their distance makes finding them very difficult,” the University of Hawaii’s David Tholen said in a news release.

Scientists said The Goblin’s orbit ― and the orbits of similar objects at the far reaches of the solar system ― suggest they are being shepherded by the gravity of Planet X. That’s a theorized, but as yet unseen, planet several times the size of Earth somewhere on the edge of the solar system.