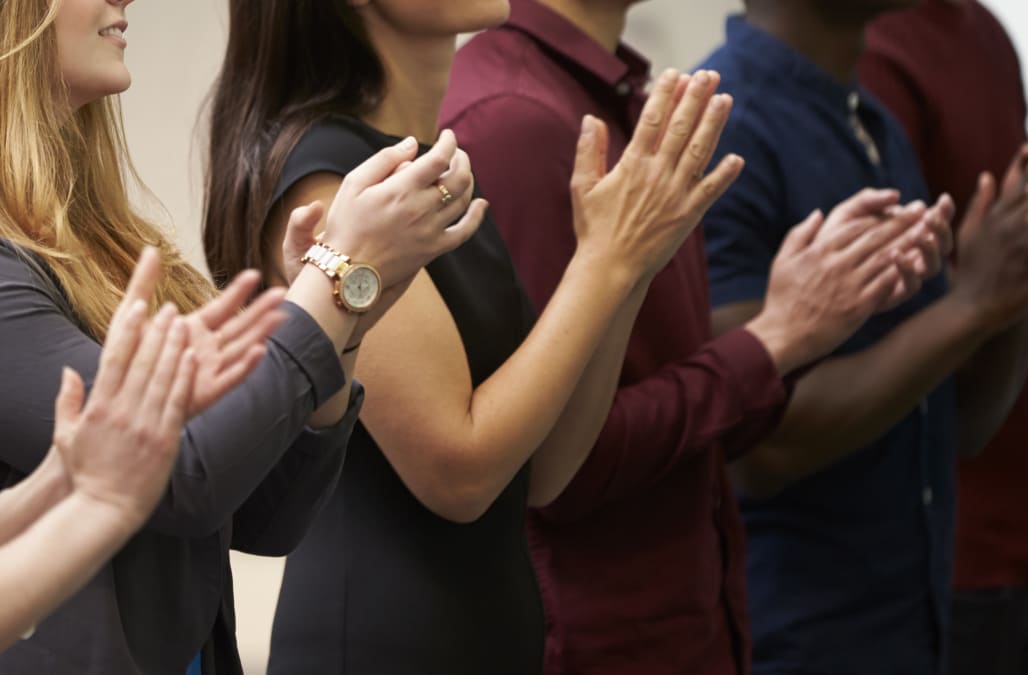 The students' union at a university in England has banned clapping on the grounds that it may trigger those who suffer from anxiety.

Sara Khan, an officer for the University of Manchester's student union, argued that traditional clapping is not "accessible" to all students because the gesture can alarm students with autism, anxiety and other sensory issues or disabilities.

The Telegraph reports that the motion to ban "loud noises including whooping and traditional applause," which was passed by the student senate with little opposition, encourages those who attend student union events to instead participate in British Sign Language clapping — aka "jazz hands" — to show support.

The decision was met with criticism from social media commentators like Piers Morgan, who tweeted out a photo of the memo along with the caption, "Britain’s losing its mind."

The U.K.'s National Union of Students (NUS), a student rights organization, officially adopted "jazz hands" in 2015 on the basis that clapping "triggers anxiety."

Nona Buckley-Irvine, the then general secretary of the London School of Economics students' union, said at the time that “jazz hands are used throughout NUS in place of clapping as a way to show appreciation of someone’s point without interrupting or causing disturbance."

While Buckley-Irvine said that "it did feel odd at first," she admitted that once she used "jazz hands" a couple of times, it became "a genuinely nice way to show solidarity with a point," adding that it did "add to creating a more inclusive atmosphere."

More from Aol.com:
At Indonesia hotel destroyed by quake, hunt for survivors goes on
The mother of the 34-year-old accusing Cristiano Ronaldo of rape says her daughter would 'completely disintegrate' when she saw him on a billboard after the alleged attack
Tiffani Thiessen says she auditioned to play Rachel on 'Friends'