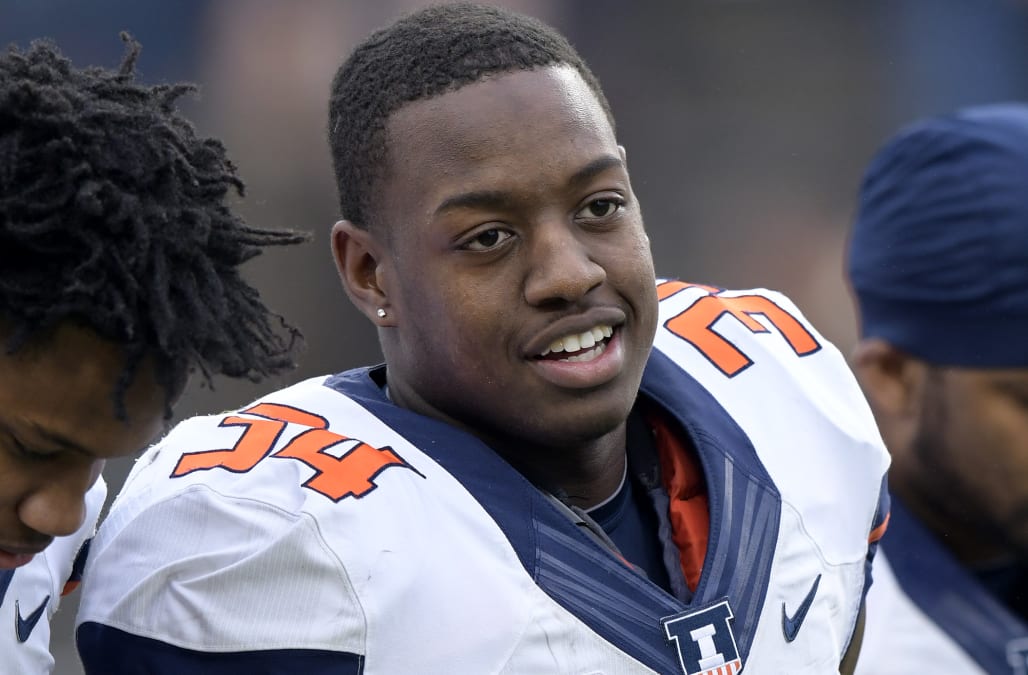 The uncle of Tennessee State’s Christion Abercrombie said the linebacker is making daily progress in his recovery from a serious head injury sustained against Vanderbilt.

Abercrombie underwent emergency surgery Saturday after he was transported to Vanderbilt Hospital. He was injured during the first half of Vanderbilt’s win. He’s been in critical condition.

His uncle Kevin Richardson made the remarks at a vigil for Abercrombie on Tennessee State’s campus Tuesday night. From the Tennesseean:

“It’s been a hard time, but we’re going to get through it,” Richardson said. “God is here with us and Christion. He knows it, and he’s going to be just fine. He is improving daily, and we’re looking forward to seeing more from him.”

Abercrombie’s mother said in a statement issued Sunday night that Abercrombie was fighting and asked for continued prayers.

Tennessee State is organizing a GoFundMe for Abercrombie’s expenses after the NCAA told the school that it needed to administer the fundraiser to ensure that Abercrombie could keep his eligibility. Per the NCAA, Abercrombie’s eligibility could be jeopardized depending on the use of funds from other GoFundMes.

Tennessee State coach Rod Reed has said Abercrombie was injured in what was simply a normal football play. The player was taking on a block and came to the sidelines after the play. It was there that he collapsed and had to be administered oxygen before being rushed to the hospital.