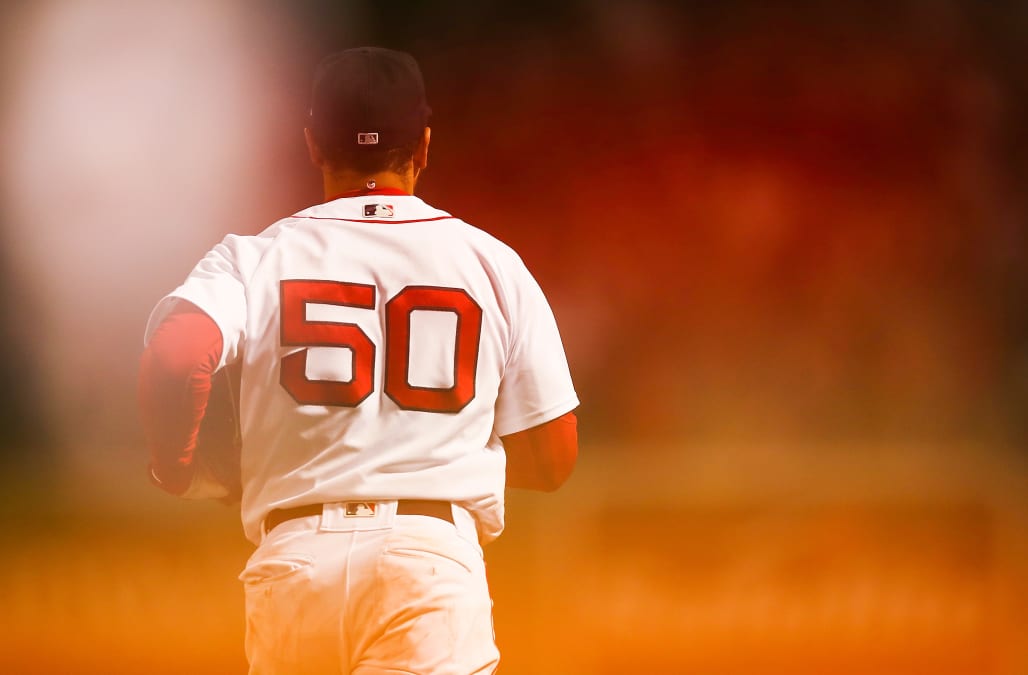 Baseball’s postseason field is set. By the end of this month, we’ll have a new champion (or maybe a repeat champ). Before that, you can count on a lot of twists and turns. And even a lot of opining.

For instance, some sports website out there is going to try to rank every possible World Series between the five teams that remain in the American League and National League. Oh no, wait, that’s us and you’re here, reading it, right now.

So yes, let’s commence once again in one of the most time-honored traditions among the Yahoo Sports MLB staff — ranking every possible World Series that the Baseball Gods could throw at us. Oakland A’s vs. Atlanta Braves? Oh yeah, we’ve thought about it. Milwaukee Brewers vs. Cleveland Indians? Not only have we thought about it, but we also have the best storyline for that one.

A little bit of sausage-making here: This year we made the list using ballots cast by eight Yahoo Sports writers who cover baseball. Their only instructions were to rank every possible World Series from No. 1 to No. 25. We tallied the ballots and the results are what you see below.

25. Indians vs. Rockies – While, yes, this matchup finished last in our group rankings, there’s nothing wrong with a Francisco Lindor vs. Nolan Arenado World Series.

24. Astros vs. Rockies — What’s the record for most home runs in a World Series?

22. Indians vs. Brewers — Here’s a fantastic under-the-radar storyline: It’s the Bob Uecker World Series. Uecker, of course, is the longtime Brewers announcers, but he’s also quite famous for playing Indians announcer Harry Doyle in the “Major League” films. Juuuust a bit outside!

21. A’s vs. Rockies — Is it the sexiest World Series? Probably not. Would it be entertaining as heck watching Matt Chapman and Nolan Arenado play third base every inning? You betcha.

20. Indians vs. Braves — It would be an entertaining baseball series, but oh boy, could you imagine the protestors?

19. Astros vs. Braves — This is some old-school ’90s National League beef. And we’re here for Ronald Acuña Jr vs. Alex Bregman.

15. Yankees vs. Brewers — If Christian Yelich and Giancarlo Stanton meet in the World Series, somebody better buy tickets for Derek Jeter.

14. A’s vs. Dodgers — Thirty years after Kirk Gibson hit one of the most famous postseason homers in history and lifted the Dodgers to victory, a rematch would be pretty rich. Someone would have to limp around the bases, right?

13. Indians vs. Dodgers — Give us Manny Machado vs. Francisco Lindor any day.

12. Red Sox vs. Brewers — aka The Revenge of Travis Shaw

11. A’s vs. Cubs — What if Edwin Jackson finds a way to pitch a Game 7 for the A’s and beat the Cubs in the World Series? If that happens, we’re most definitely living some kind of elaborate simulation like Elon Musk says.

10. Astros vs. Dodgers — Six of the seven games last year were pretty darn entertaining. We’re not against a sequel.

8. Red Sox vs. Braves — aka The Revenge of Craig Kimbrel

7. Indians vs. Cubs — The 2016 World Series was pretty good. The Cubs and Indians have changed a tad bit since then, but this would still be an entertaining showdown. You think the Indians don’t have some unfinished business against the Cubs?

6. Yankees vs. Braves — Between them, they played in six of the nine World Series in the ’90s, including two against each other. If the Braves surprise season were to somehow end with them finally beating the Yankees in the World Series, all of Atlanta might forget all about 28-3 for at least a week.

5. Astros vs. Cubs — This one is like a prize fight: The reigning champ and the champ before that, finally meet head-to-head. Oh, and Javy Baez vs. Alex Bregman might be the most confident World Series since Reggie Jackson was around.

4. Red Sox vs. Dodgers — For being two of baseball’s more historic franchises, the Dodgers and Red Sox have never technically met in the World Series. The closest was 1916 when the Red Sox played the Brooklyn Robins, who would later become the Dodgers.

3. Yankees vs. Dodgers — They’ve met plenty of times in the World Series, but not since 1981. A bi-coastal meeting of two of MLB’s most popular franchises in the U.S.’s two biggest cities would be a ratings bonanza. And seeing Aaron Judge vs. Clayton Kershaw wouldn’t be bad either.

Well, are we crazy? We’re not offended if you think so. Feel free to leave us a comment with your best and worst World Series, or send it to us on Twitter: @MLBYahooSports.

• Did AaronRodgers take a shot at his own head coach?
• Terez Paylor: There are no winners in NFL star’s brutal injury scenario
• Stunning call helps Gruden get first win since 2008
• Orioles’ $161M man finishes with worst batting average