Kanye West's new basketball sneaker may be banned by the NBA 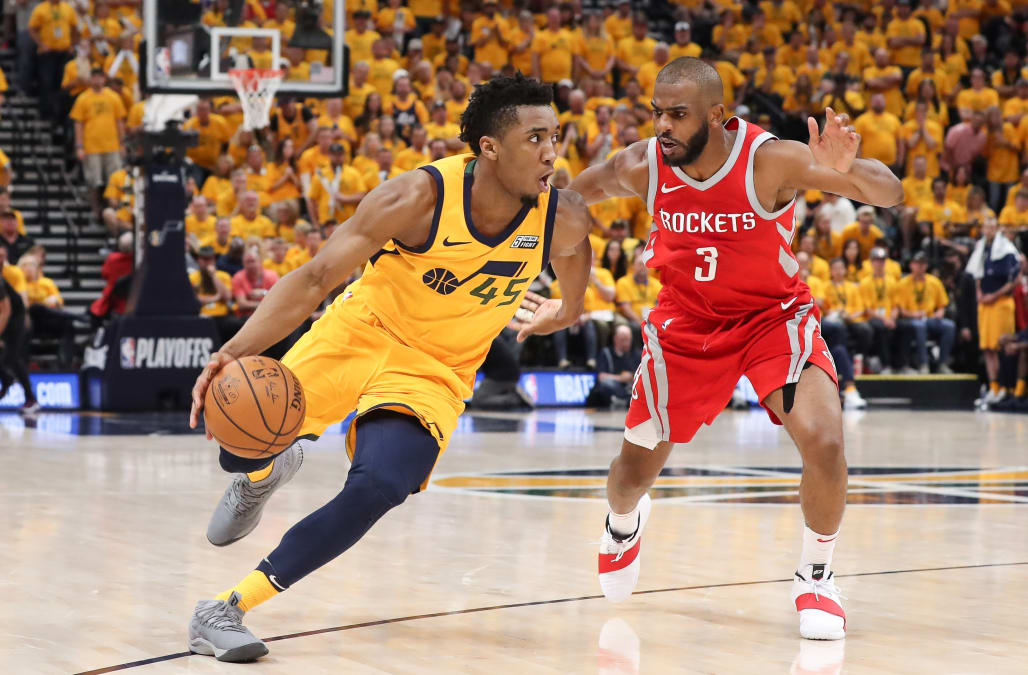 Rapper and shoe designer Kanye West— who inadvertently advocated for a return to slavery over the weekend — is expected to debut a basketball sneaker from his Yeezy collection this season. But according to ESPN, the NBA would likely ban the shoe because of its bright and shiny “3M” heel.

The league has lightened up on its dress code in recent years, allowing players to wear whatever color sneakers they please. But according to ESPN’s league sources, the prototype of West’s sneaker would not be allowed in NBA games.

Whether or not NBA players would want to wear West’s glowing new shoes is another matter.

The “Flashing Lights” rapper has drawn criticism in recent months for his support of President Trump, which came to a head over the weekend when West wore a “Make America Great” cap during an appearance on “Saturday Night Live” and called to “abolish the 13th amendment,” which ended slavery.

Stars react to Kanye West's 13th amendment tweet
There’s nothing more maddening than debating someone who doesn’t know history, doesn’t read books, and frames their… https://t.co/eXdM1jxBsp
Do you maybe mean that despite the 13th Amendment, or, through a despicable loophole OF the 13th amendment, raciall… https://t.co/csBGH7h5wb
Ok...so I think it’s time that we all should just head down to our local precincts and file a restraining order on… https://t.co/GTsZR9BHEk
I’m consciously choosing to tweet about plant-based burgers and not current statements about the 13th Amendment fro… https://t.co/CIeJCJqiF7
Trump and Kanye have a lot in common, actually. Both believe they are far more gifted than they actually are. Both… https://t.co/ttrDDiVXC0
When you say “We” you’re talking about Kendal & them right? Cause you’re not speaking for anyone else up in here https://t.co/Z03ci4s0G1
You’re dumb. https://t.co/iPazppTHnl
If you keep saying you’re a Genius…. Dumb people will believe you.
The 13th ammendment abolished slavery. Re-upping this from the last time: @ye is truly an idiot. Message sent with… https://t.co/uo3HIckXm5
Lana Del Rey, who performed at Kanye and Kim’s wedding, left this comment on Kanye’s Instagram post of his MAGA hat. https://t.co/GAJx0ZRrHD
Up Next

Following a media storm blasting the mercurial rapper for his statement, West clarified that he misspoke and wanted to see the 13th amendment “amended” not abolished. He did not apologize for his MAGA cap.

Even if the NBA boots West’s shoe, he may have found a customer in the White House. President Trump, whom West praised on live air, tweeted his appreciation for West following that “SNL” debacle.

“Word is that Kanye West, who put on MAGA hat after the show (despite being told ‘no’), was great. He’s leading the charge,” the President tweeted.

Rapper Snoop Dogg recently blasted West for aligning himself with Trump advocates during a visit to Sirius XM, where the “Gin and Juice” performer said he didn’t differentiate between Trump supporters and bigots.

President Obama has famously referred to West as a “jackass” on more than one occasion.