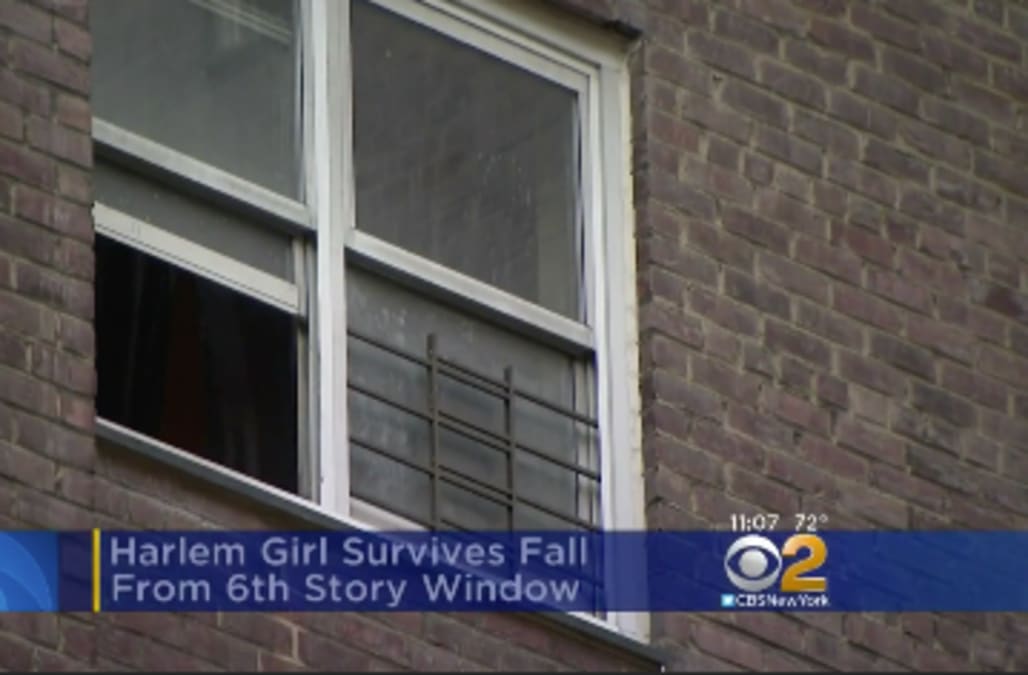 A young girl who fell out of her sixth-floor window in Harlem on Monday miraculously survived the plunge, suffering only a broken ankle.

The 9-year-old girl was home alone about 5.30 p.m. at the Saint Nicholas Houses on W. 129th St. near Frederick Douglass Blvd., seated on a window-mounted air conditioning unit.

The air conditioning unit suddenly fell out of the window, and the girl tumbled out the window with it.

She landed on the second-story roof of a day care center attached to her building, right next to the mangled air conditioner unit.

An NYPD spokesman said an awning broke her fall.

A man rushed upstairs to get her, said Latifa Shakour, 27.

“I saw the girl coming down,” Shakour said. “It was a crash where she landed on the roof.”

The girl fell while her mom was picking up her two sons at the Promise Academy nearby.

The worried mother jumped into the ambulance that carried her daughter to Harlem Hospital, Wiggins said.

The girl was alert and conscious, and spoke with the first responders who took her to the hospital, witnesses and police sources said.

Cops were questioning her mom at the hospital Monday night.

More from New York Daily News:
Autistic boy goes missing from park in North Carolina while walking around lake with parents
Jogger fatally stabbed in D.C. to be laid to rest in wedding dress
President Trump tells storm victims to 'have a good time' and casually asks about area where he owns golf course while visiting Carolinas