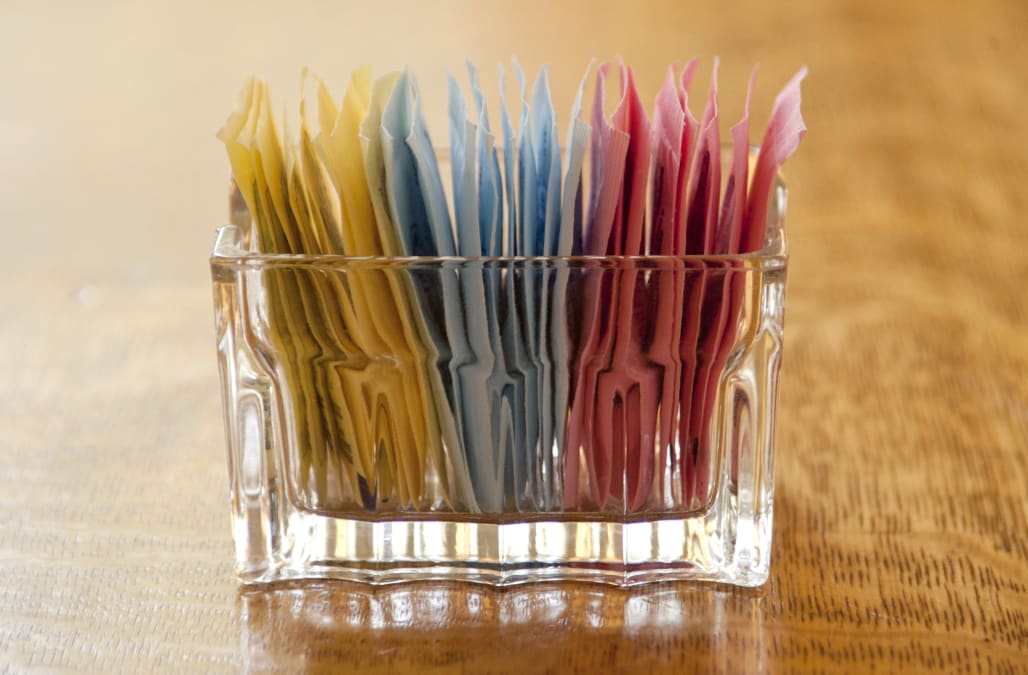 Artificial sweeteners commonly used in foods and drinks have a toxic effect on digestive gut microbes.

According to a study published in the journal Molecules, researchers found that six common artificial sweeteners approved by the Food and Drug Administration and 10 sport supplements that contained them were found to be toxic to the digestive gut microbes of mice.

Researchers from Ben-Gurion University of the Negev in Israel and Nanyang Technological University in Singapore tested the toxicity of aspartame, sucralose, saccharine, neotame, advantame, and acesulfame potassium-k. They observed that when exposed to only 1 milligram per milliliter of the artificial sweeteners, the bacteria found in the digestive system became toxic.

"This is further evidence that consumption of artificial sweeteners adversely affects gut microbial activity which can cause a wide range of health issues," Ariel Kushmaro, a professor in BGU's department of biotechnology engineering, said in a press release.

According to the study, the gut microbial system "plays a key role in human metabolism," and artificial sweeteners can "affect host health, such as inducing glucose intolerance." Additionally, some of the effects of the new FDA-approved sweeteners, such as neotame, are still unknown.

However, the study found that mice treated with the artificial sweetener neotame had different metabolic patterns than those not treated, and several important genes found in the human gut had decreased. Additionally, concentrations of several fatty acids, lipids and cholesterol were higher in mice treated with neotame than in those not.

Because of the widespread use of artificial sweeteners in drinks and foods, many people consume them without knowing it. In addition to being found to be bad for health, some sweeteners have been identified as environmental pollutants. They can also be found in drinking water, researchers noted.

More from US News:
Can Body Fluids Help Spot Lung Cancer?
How to Study for the PSAT One Week Before the Test
Colleges That Promote Social Mobility