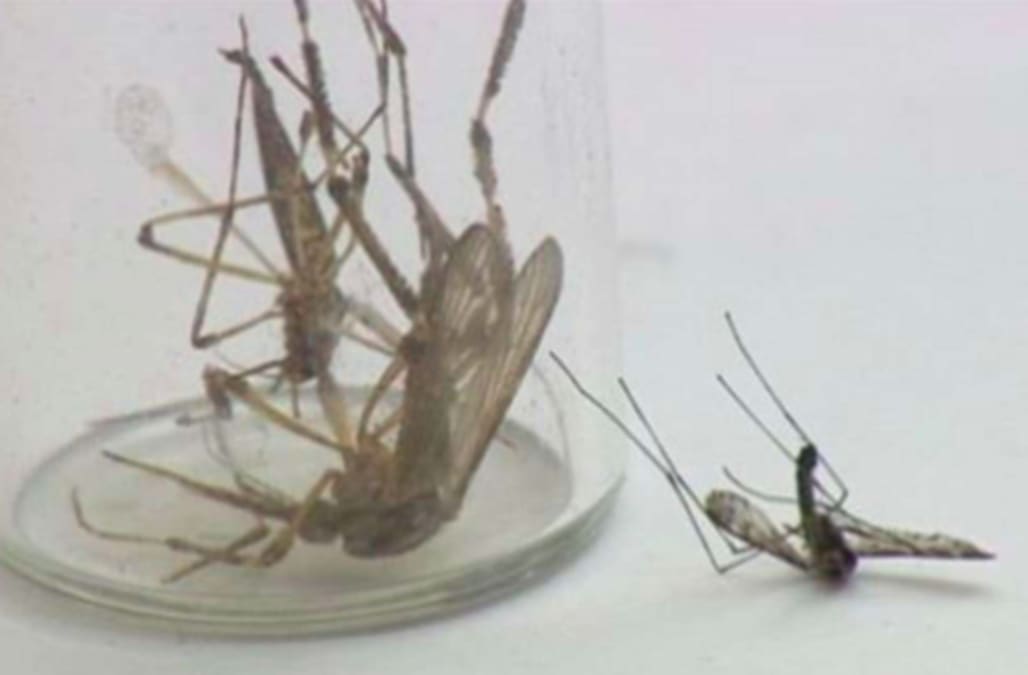 Severe flooding caused by Hurricane Florence apparently caused dormant gallinipper eggs to hatch, swelling the population of the blood-thirsty parasites into the billions.

Though Waldvogel said the larvae prey on aquatic animals, the females grow up to feed on mammals, including humans — and North Carolina residents have certainly felt the burden of their presence.

Cassie Vadovsky told USA Today that when she returned home after picking her daughter up from school on Tuesday night, she was greeted by a massive swarm of the mosquitoes outside of her home.

She shared skin-crawling footage of the encounter on Facebook, where it has been viewed nearly 300,00 times.

In the video, her young daughter can be heard saying, “Why are you doing that, taking pictures of the wasps?"

Despite how horrifying Vadovsky's footage may appear, she says she believes other parts of the state may be hit by worse infestations than what she experienced.

"I’m not even on the side of town that had the major flooding," Vadovsky told USA Today. "Imagine how bad it could be over on that end."

Thankfully, experts anticipate that the mosquito population will drop off dramatically once the weather gets colder.

Learn more about the creatures here: