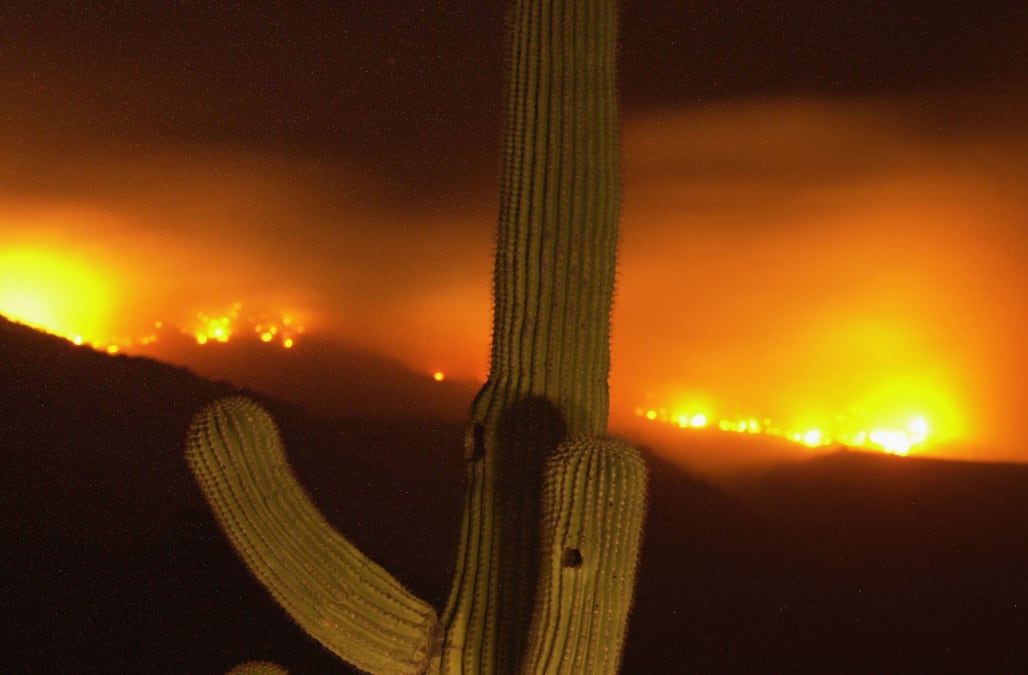 An Arizona man whose explosive gender-reveal party for his baby-to-be set off a massive wildfire pleaded guilty in a deal for five years’ probation and a $220,000 restitution payment, according to his attorney.

Dennis Dickey, 37, a Border Patrol agent from Tucson, pleaded guilty to a misdemeanor violation of U.S. Forest Service regulations for his role in triggering the 45,000-acre Sawmill fire in April 2017, the Arizona U.S. Attorney’s Office said in a statement.

Dickey fired a rifle at a target he had filled with the explosive Tannerite on public land near his home south of Tucson, authorities said. The resulting explosion set off a massive blaze that spread to the Coronado National Forest.

The blast was meant to celebrate his wife’s pregnancy. It contained colored powder to reveal the gender of their baby — blue for a boy or pink for a girl — Dickey’s attorney, Sean Chapman, told the Arizona Daily Star. The lawyer didn’t reveal the gender.

Dickey immediately reported the wildfire and admitted responsibility for it, officials said.

Roads were closed and nearby residents evacuated from smokey homes as some 800 firefighters battled the blaze. Firefighting and damages amounted to $8.2 million. No one was injured.

As part of his sentence, Dickey will also make a public service announcement about fire safety with the U.S. Forest Service.

Dickey will immediately borrow $100,000 from his retirement fund to make a payment when he is sentenced Oct. 9, and will pay monthly installments of at least $500 for 20 years, for a total of $220,000, according to Chapman.

Dickey told the court Friday that the fire was a “complete accident,” adding: “I feel absolutely horrible about it. It was probably one of the worst days of my life.”

More from HuffPost US:
Creator of 3D-printed gun resigns from his company after sexual assault arrest
Man accused of choking woman unconscious takes plea deal for no jail time
Woman who took in pets during Florence faces charges for allegedly giving them medicine