Flake says he was moved by 'emboldened' women, his drive to make process 'fair' 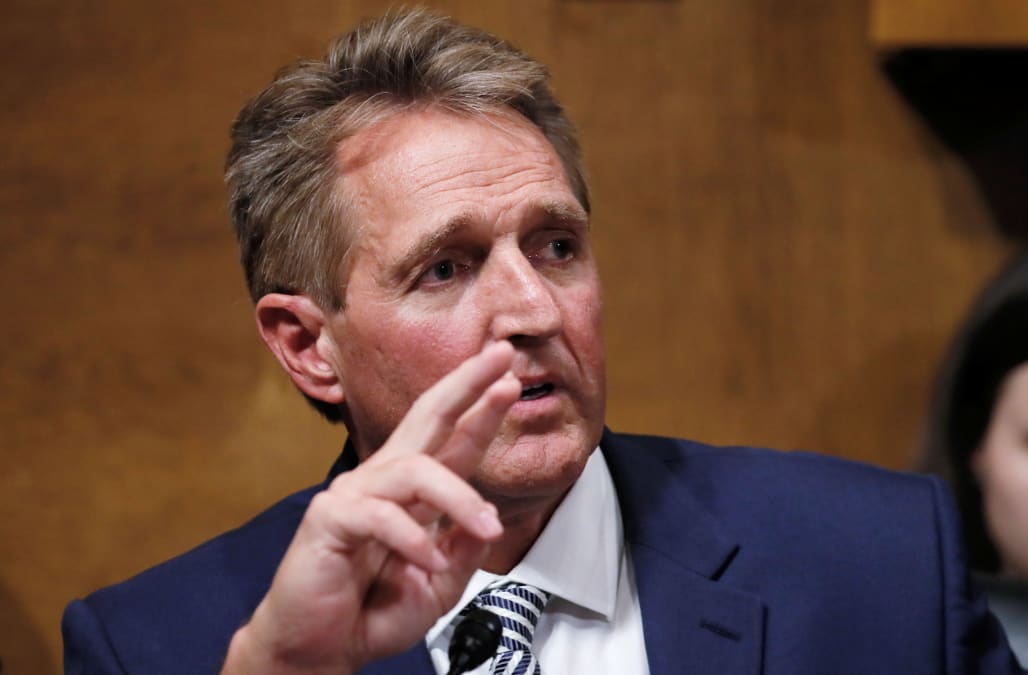 Arizona Republican Sen. Jeff Flake’s surprise impact Friday changing the course of Brett Kavanaugh’s expected quick confirmation to the Supreme Court was affected by encounters with women “emboldened” to share their experiences and his desire to “demonstrate that the process is fair,” he told reporters Friday.

He said it was “remarkable” how many people who “saw Dr. Ford [testify] were emboldened to come out and say what had happened to them. I heard from friends, close friends. I had no idea,” Flake told reporters.

Flake referred to his “interactions with a lot of people — on the phone, email, text, walking around the Capitol, you name it.”

Yet Flake issued a statement Friday morning that he wasn’t convinced Christine Blasey Ford’s testimony accusing Kavanaugh of sexual assault was enough to deny the Supreme Court nominee a vote.

A short time later Flake was confronted as he entered an elevator by two survivors of sexual assault, who challenged him on Kavanaugh in an encounter captured on video that went viral. “What you are doing is allowing someone who actually violated a woman to sit on the Supreme Court. This is not tolerable,” one of the woman shouted.

Flake, who left the elevator ashen-faced and clearly rattled, did not reveal to reporters if that encounter affected his decision. But he had already been talking the night before with Sen. Susan Collins (R-Maine), Sen. Lisa Murkowski (R-Alaska) and Democratic Sen. Joe Manchin of West Virginia about how to deal with the Kavanaugh accusations without rejecting his confirmation outright, sources told Politico. They had the power to block Kavanaugh’s confirmation on the Senate floor.

Flake told reporters that his morning statement was a bid to keep Republicans calm about where he stood and not worry that he was going to bolt from their ranks. “I hoped that would help provide leverage,” Flake said.

But he was also determined to demonstrate “that the process is fair , even if Democrats are “not going to vote for” Kavanaugh, he added, Politico reported.

“This country is being ripped apart here, and we’ve got to make sure we do due diligence,” he told the committee.

“I wanted to support” Kavanaugh, Flake told reporters later. “I’m a conservative, he’s a conservative judge. But I want a process we can be proud of, and I think the county needs to be behind it.”

I feel relieved that @JeffFlake seems to have heard my and @AnaMariaArchil2’s voices in the Senate elevator today. We absolutely need an FBI investigation and for him and all Senators to vote NO. #StopKavanaughpic.twitter.com/VnsfTIRGXJ