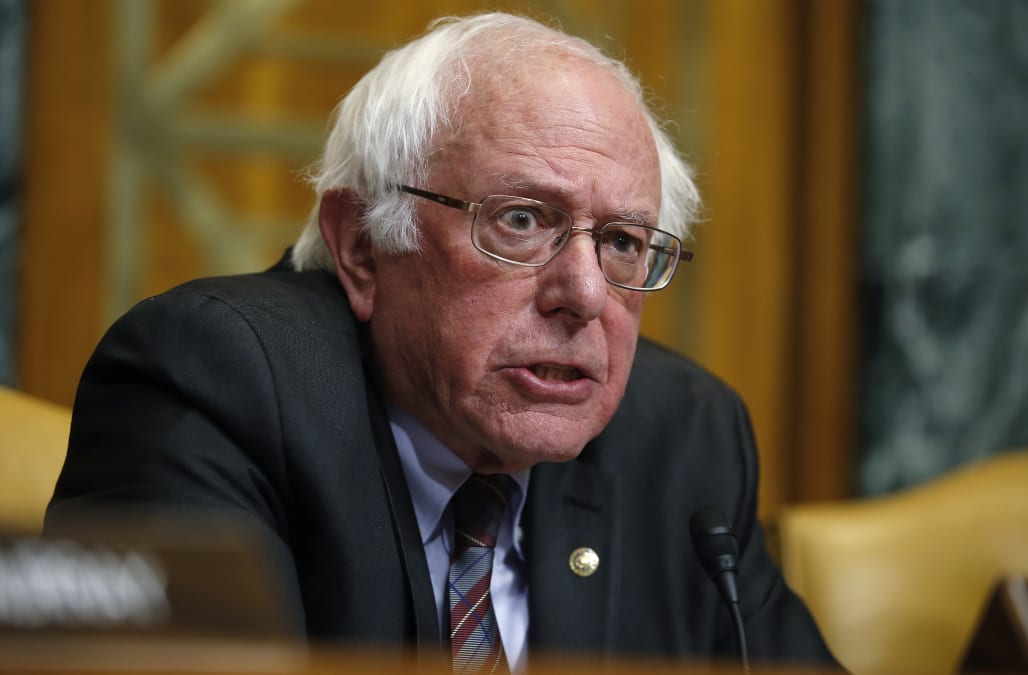 Sen. Bernie Sanders wants the FBI to examine whether embattled Supreme Court nominee Brett Kavanugh told the truth when he testified before the Senate Judiciary Committee.

The independent Vermont senator sent a letter Saturday to Sen. Chuck Grassley (R-Iowa), the panel’s chairman, calling on investigators probing allegations of sexual assault against Kavanaugh to take a look at statements he made while under oath.

“The fundamental question the FBI can help answer is whether Judge Kavanaugh has been truthful with the committee,” Sanders wrote. “This goes to the very heart of whether he should be confirmed to the court.”

Kavanaugh testified before the Senate committee Thursday, aggressively denying he ever assaulted anyone and lamenting that his name and his family have been “totally and permanently destroyed by vicious and false … accusations.”

Earlier the same day, Christine Blasey Ford, who claims a drunken Kavanaugh pinned her to a bed and tried to molest her at a Maryland house party in 1982, appeared before the panel and offered riveting testimony about her account of the alleged incident.

Sen. Jeff Flake (R-Ariz.) threw Kavanaugh’s confirmation into further chaos on Friday when he said his support for the nominee would be dependent upon a a one-week delay on vote so the FBI can investigate the allegations.

Sanders said the current scope of the probe doesn’t go far enough and also wants the bureau to examine “several statements made by Judge Kavanaugh under oath regarding his treatment of women and his use of alcohol (that) appear not to be true.”

Kavanaugh sparred with several Democratic senators during his testimony, often evading answering direct questions about his drinking and past.

Some of the 53-year-old appeals court judge’s statements were blatantly false. He claimed that his beer consumption in high school, when the alleged attack occurred, was legal because the drinking age in Maryland was 18. In truth, by the time he was 18, the drinking age had been changed to 21.

He also claimed he never drank to the point of blacking out or not being able to remember events that occurred while drunk in college or high school.

That directly contradicts accounts from former classmates, including a roommate at Yale University who described Kavanaugh as “a notably heavy drinker” who “became aggressive and belligerent when he was very drunk.”

In a speech four years ago, Kavanaugh described himself and a former classmate “piecing things together” to figure out that they’d “had more than a few beers” before an alcohol-soaked banquet at Yale Law School.

Sanders also wrote that the probe should not be limited to a week — and called for it to include accusations of sexual misconduct made against Kavanaugh by other women aside from Ford.