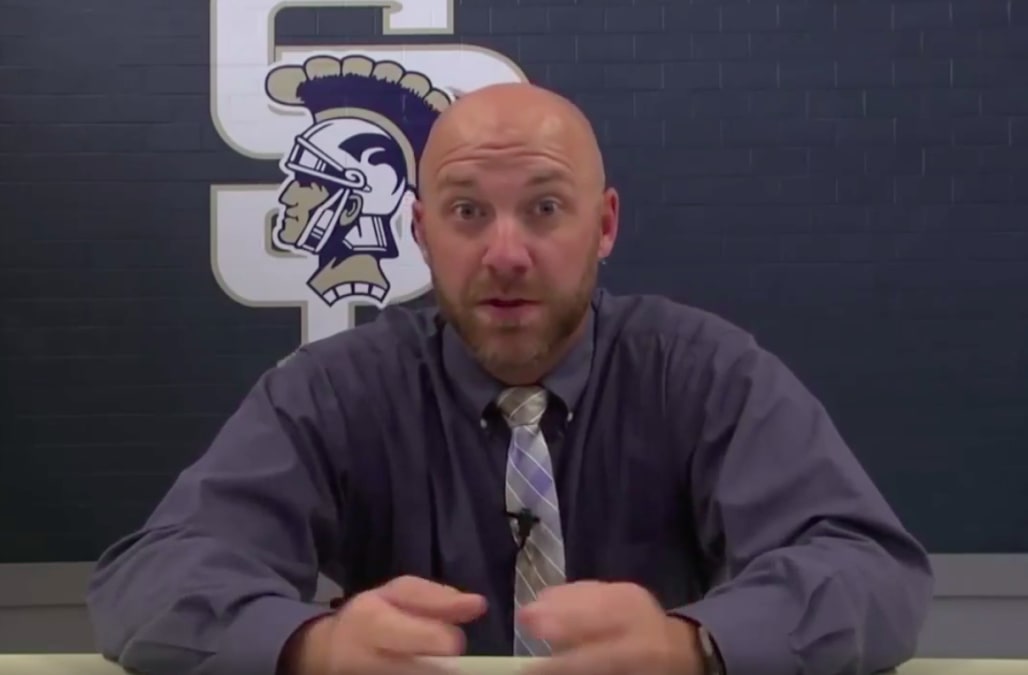 A Tennessee high school administrator has been placed on leave after saying that girls "pretty much ruin everything" in a video meant to inform students of a change in the dress code, the Chattanooga Times Free Press reports.

Jared Hensley, the assistant principal and athletic director at Soddy-Daisy High School near Chattanooga, made the offensive remarks in a video announcement on Wednesday morning while telling students about a new ban on wearing athletic shorts.

Hensley said that although boys would be unhappy with the rule, if they wanted someone to blame, they should "blame the girls, because they pretty much ruin everything."

"They ruin the dress code, well — ask Adam. Look at Eve. That's really all you got to get to. You can go back to the beginning of time," he continued in his bizarre rant. "So, it'll be like that for the rest of your life; get used to it, just keep your mouth shut, suck it up, follow the rules."

Hensley then continues on to address the issue of PDA, or public displays of affection, at the school, telling students they need to "take that down a notch or ten" and "save some of that for the honeymoon."

"We find the comments about young women in this video inexcusable, as the sentiments expressed do not align with the values of Hamilton County Schools," he said. "The situation is under investigation, and this employee has been placed on administrative leave effective immediately. We hold our employees and our leaders to a high standard, and these comments do not match the high expectations we have for our employees. We seek to prepare all children for success in life after high school and expect our employees to provide an atmosphere that will empower all children to reach their full potential."

More from Aol.com:
Family demands 'justice' after video shows police officer kicking teen in back after he had been pepper sprayed
Virginia suspends tampon ban for prison visitors
Teacher claims she was fired for refusing to abide by school's 'no zeros' grading policy