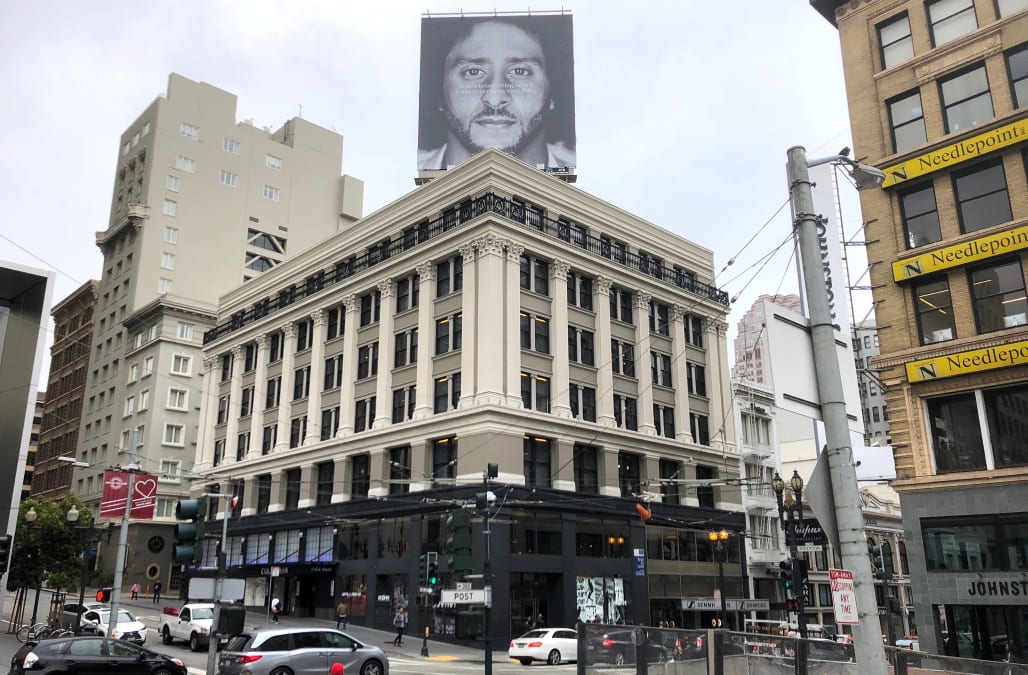 Nike CEO Mark Parker spoke glowingly of the company’s controversial ad campaign with Colin Kaepernick on a Tuesday earnings call, touting the “Just Do It” promotion’s connection with consumers.

“We feel very good and are very proud of the work we’ve been doing,” Parker said. “We know it’s resonating quite strongly with consumers here in North America and around the world.”

Nike’s shares have risen 6.25 percent since the debut of the Kaepernick ad on Sept. 5, according to ESPN. Shares fell in after-hours trading by 3.5 percent as of Tuesday evening despite Nike showing an earnings beat and profit growth during the quarter.

Stacey Widlitz, president of consulting firm SW Retail Advisors, told CNBC that analysts wanted to see something beyond the 10 percent revenue growth that the apparel company reported on Tuesday.

Shares of Nike initially fell the day after the reveal of the ad campaign, prompting critics to cheer the results as a sign that aligning with Kaepernick was bad business. But the company’s shares’ dip that day was in line with a broader sector drop that also included losses from rivals Adidas and Puma.

Short-term results not a reliable gauge of ad’s success

This all goes to show that attributing these kinds of short-term gains and losses to the Kaepernick campaign is a fool’s errand, an imprudent evaluation method of a massive company not swayed by minor headwinds and tailwinds.

The use of these numbers have been primarily used to tout a win for whatever side of the Kaepernick aisle someone falls on when the numbers support an argument one way or another.

In reality, only the long-run will truly give insight into how successful the Nike-Kaepernick campaign is or isn’t. At three weeks in, we’re nowhere close to the long run.

In the meantime, Parker maintains a confident stance in the risky move that eschews the broader market to appeal to a younger, more progressive demographic that Nike covets. It’s an attempt at direct engagement with consumers that Parker pointed to on Tuesday.

“How we look at it is how do we connect and engage in a way that’s relevant and inspiring to the consumers that we’re here to serve.”