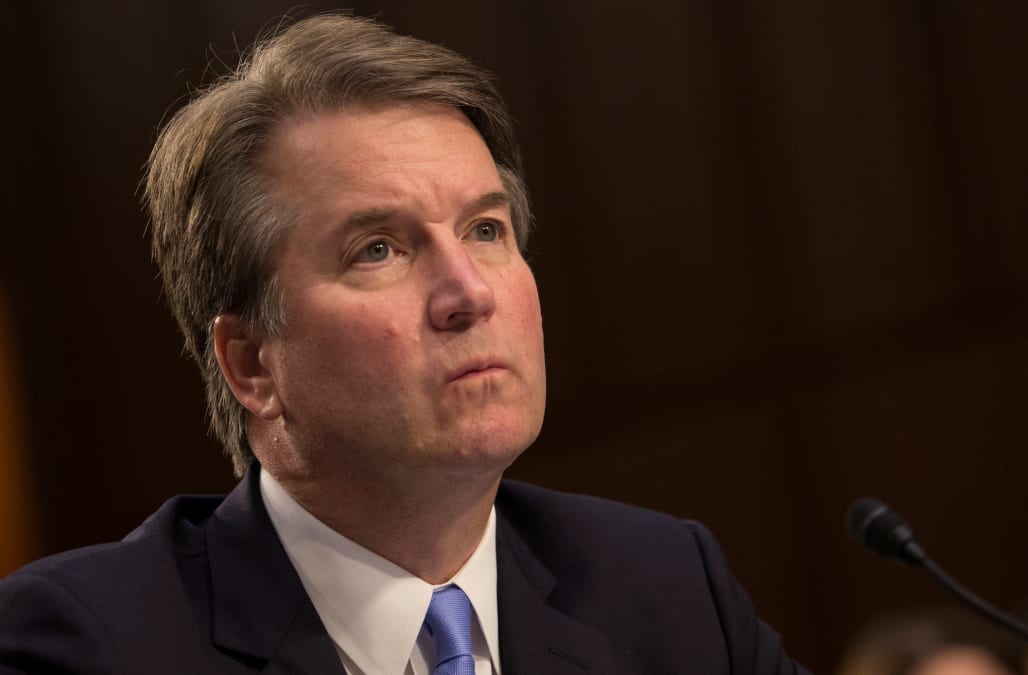 WASHINGTON — A former schoolmate of Brett Kavanaugh's accuser wrote a Facebook post saying she recalls hearing about the alleged assault incident involving the future Supreme Court nominee, though she says she has no first-hand information to corroborate the accuser's claims.

"Christine Blasey Ford was a year or so behind me," wrote the woman, Cristina Miranda King, who now works as a performing arts curator in Mexico City. "I did not know her personally but I remember her. This incident did happen."

She added, "Many of us heard a buzz about it indirectly with few specific details. However Christine's vivid recollection should be more than enough for us to truly, deeply know that the accusation is true."

Ford, a research psychologist in Northern California, has accused Kavanaugh of sexually assaulting her more than 30 years ago at a drunken high school party. He denies the allegation. The assertion that other people heard about and discussed an incident between Ford and Kavanaugh at the time it is alleged to have happened could loom as an important factor in any investigation of the claim.

Democrats are calling for the FBI to investigate, but the bureau cannot do so unless the White House asks it to. There is no allegation of a federal crime, so the bureau's role would be to examine the matter as part of its background check into the fitness and character of a Supreme Court nominee.

King has since taken down her Facebook post, which NBC News verified as having appeared on her account. She said on Twitter that she deleted it "because it served its purpose and I am now dealing with a slew of requests for interviews … Organizing how I want to proceed. Was not ready for that, not sure I am interested in pursuing. Thanks for reading."

She later posted on Facebook: "To all media, I will not be doing anymore interviews. No more circus for me. To clarify my post: I do not have first hand knowledge of the incident that Dr. Christine Blasey Ford mentions, and I stand by my support for Christine. That's it. I don't have more to say on the subject. Please don't contact me further."

NBC News confirmed that the statements were hers, but did not confirm her allegation. King has also been critical of Trump administration policy on social media.

Ford's lawyer has said she wants the FBI to conduct an inquiry before she testifies in a public hearing. Republicans have scheduled a hearing for Monday at which they want to hear from her and Kavanaugh.

In her original post, King said she knew Kavanaugh and Mark Judge, the man Ford says was present during the alleged assault. Judge has said through his attorney he remembers no such incident.

King graduated in 1983 from Holton-Arms, the elite all-female private school that Ford also attended, according to an open letter King and many other alumnae signed in support of Ford.

King's post described a culture of heavy drinking among the students of the elite male and female private schools of Washington, D.C., including her own Holton-Arms and also Georgetown Preparatory School, which Judge and Kavanaugh attended.

Judge has written two memoirs acknowledging his heavy drinking during that period. In his 1997 memoir, "Wasted," Judge writes about a "Bart O'Kavanaugh," who passes out drunk and throws up in a car.

Holton-Arms did not return a call seeking verification of King's attendance. But a 1982 yearbook lists "Cristina King" as a student, and member of the Holton-Arms Athletic Association, an honor society. In her senior year, she led the school chorus as president, according to the 1983 yearbook. "Cristina King was able to keep the chorus members in tune as they trooped up to Hill and Lawrenceville to dazzle the boys with their talent and good looks," the club's yearbook page reads.

Ford appears in both yearbooks as well. She graduated in 1984.

King's LinkedIn page says she attended Brown University and worked for a decade in Washington, D.C. before moving to Mexico.