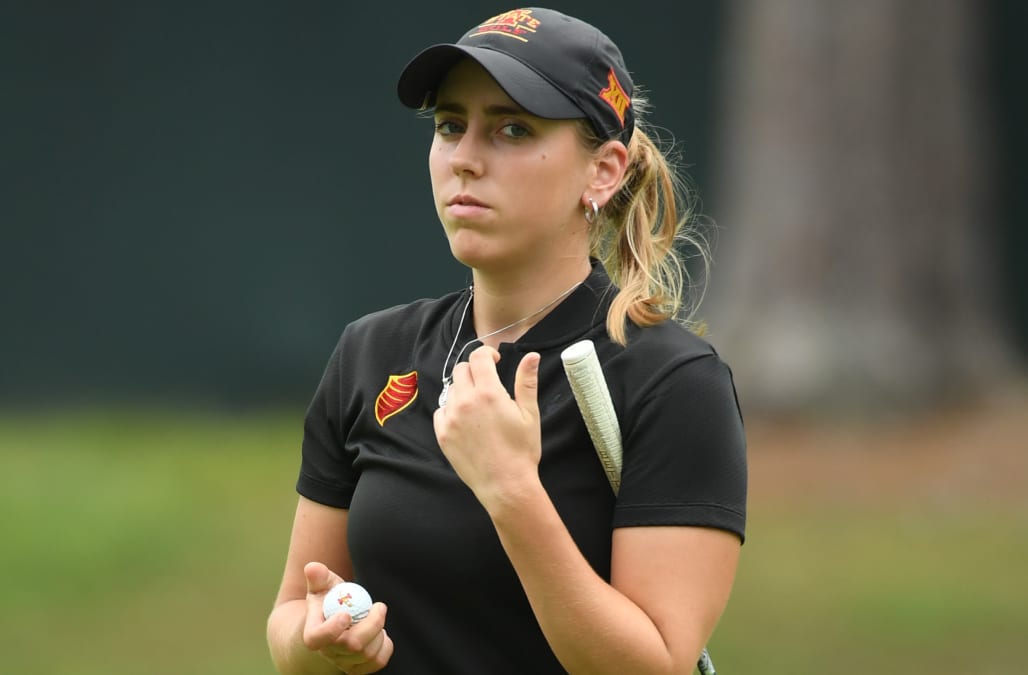 New information has come to light in the murder of 22-year-old Iowa State champion golfer Celia Barquin Arozamena. Arozamena was found near a golf course in Ames, Iowa on Monday morning, and 22-year-old Collin Daniel Richards has been arrested and charged with her murder. Richards is being held on $5 million cash bond, and the Associated Press reported on Tuesday that he has a history of violent crimes.

The suspect has a history of violence

According to the AP, Richards is homeless, and has a long history of violence, drug use, and run-ins with law enforcement. In the past, he’s been arrested and charged with abusing his girlfriend, burglarizing a gas station, and smashing a pick-up truck with a baseball bat.

In one case, Richards allegedly threatened to shoot clerks at a convenience store after they caught him shoplifting. In another, Richards admitted he stole a man’s pickup truck while high on drugs. In a third, the Iowa State Patrol seized a long knife from him during a traffic stop.

The Des Moines Register reported that an acquaintance of Richards spoke to police, and he revealed some disturbing details.

The man said when he and Richards were walking on a trail near the golf course in the last few days, Richards “had made a statement to the effect of having an urge to rape and kill a woman,” according to the complaint.

The criminal complaint from the Ames police also revealed that Arozamena sustained “several stab wounds to the upper torso, head and neck,” but no additional details of her injuries have been released. The statement from the city of Ames that was released on Monday said that Arozamena was assaulted before she died.

Arozamena was a student and a champion golfer at Iowa State. Since her tragic death, tributes, thoughts, and prayers have poured in.

Matt Campbell, Iowa State’s head football coach, took some time out of his weekly briefing to pay tribute to Celia.

Kyle Kempt, the quarterback for Iowa State, tweeted on Tuesday that Celia’s teammates want everyone at Saturday’s football game wear her favorite color, yellow, as a tribute to her.

My prayers go out Celia’s friends, family, and everyone affected by this terrible tragedy. If you are attending the game this Saturday, please wear yellow to honor Celia at the request of her teammates. pic.twitter.com/Z2pBHuCF6c