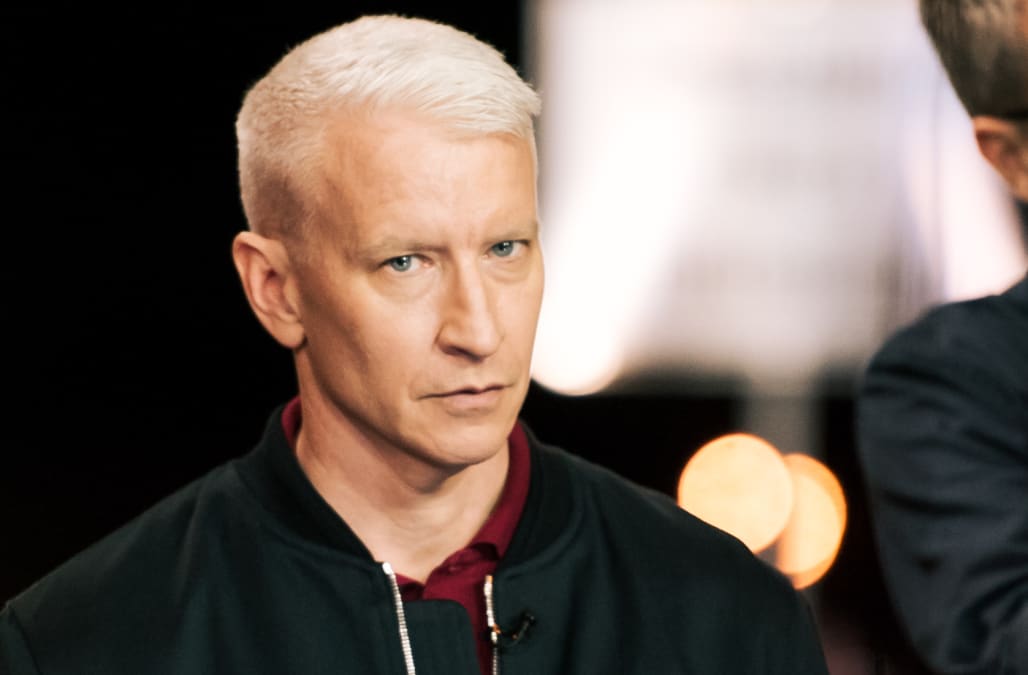 Anderson Cooper is fed up with online conspiracy theorists and “cable news cranks looking to get into a mutually beneficial beef that will boost their ratings.”

The CNN host tore into Donald Trump Jr. on Monday night after the president’s son claimed that Cooper was faking the depths of floodwaters in North Carolina in an attempt to make his father look bad.

Trump Jr. tweeted a photo of Cooper standing in waist-high floodwater while a nearby camera crew stands filming in only a little bit of water.  The only problem with the photo is that it wasn’t taken during Hurricane Florence, it was taken a decade ago during Hurricane Ike.

It’s a shame that CNN’s ratings are down 41%. What’s worse is there’s a simple solution that they refuse to accept. Stop Lying to try to make @realDonaldTrump look bad. https://t.co/O3XyWchsJhpic.twitter.com/BCUCxKnOvO

“The idea that I am kneeling in water to make it look deep is frankly idiotic,” Cooper said before explaining why his crew were pictured standing on higher ground.

Cooper, who has “covered hurricanes for about 14 years,” said that he had debated whether he should respond to Donald Trump’s son, particularly given the fact that he doesn’t expect him “to ever admit he was wrong.”

“I know he considers himself an outdoorsman and pays a lot of money to be led to wildlife in Africa that he then kills, but I’m not sure if he’s ever actually been to a hurricane or a flood,” Cooper said. “I didn’t see him down in North Carolina in the last few days helping out, lending a hand, but I’m sure he was busy doing something important besides just tweeting lies.”

Check out the full discussion in the clip below.

More from HuffPost US:
Joe Biden: After Charlottesville, Obama and I could no longer remain silent on Trump
FEMA boss defends Trump's Puerto Rico death toll denial: 'The numbers are all over the place'
Trump can message you directly on FEMA alert system to be tested next week