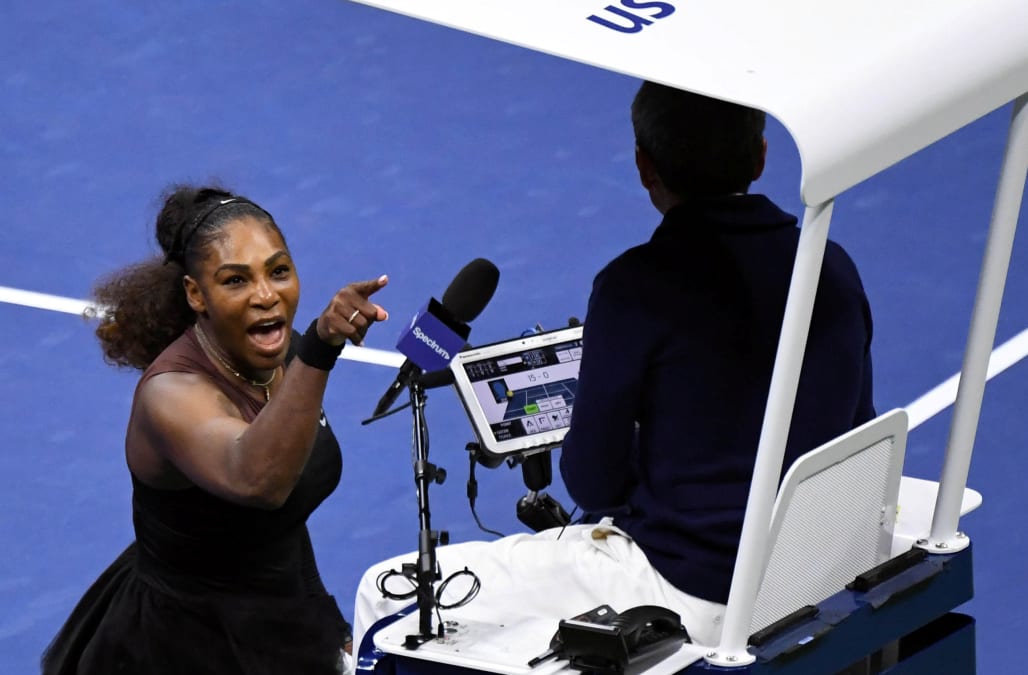 Serena Williams is sticking to her story and pointing to the double standard.

In her first interview since one of the most colossal controversies in recent U.S. Open history, Williams insisted she never received coaching signals during the final against eventual winner Naomi Osaka.

“He said he made a motion,” Williams told Australia's "Project" on Sunday. “I don’t understand what he was talking about. We’ve never had signals.”

Williams received three code violations from chair umpire Carlos Ramos after the 36-year-old was suspected of cheating earlier this month.

Her coach, Patrick Mouratoglou, afterward acknowledged he was trying to send signals during the match but Williams disputed the claim before later slamming her racket and infamously calling Ramos “a thief,” which drew the final violation and cost her a game.

“I just don’t understand…if you’re a female you should be able to do even half of what a guy can do,” Williams said, echoing the basis of her comments made right after the match.

The entire exchange led to an awkward moment in Queens as fans boo’d non-stop after Osaka’s historic win.

The first Japanese player to become a Grand Slam champion recently shared what Williams told her following the upset.

“She said she was proud of me, and that I should know the crowd isn’t booing at me,” the 20 year-old said on “Ellen” earlier this week. “I was really happy she said that.”