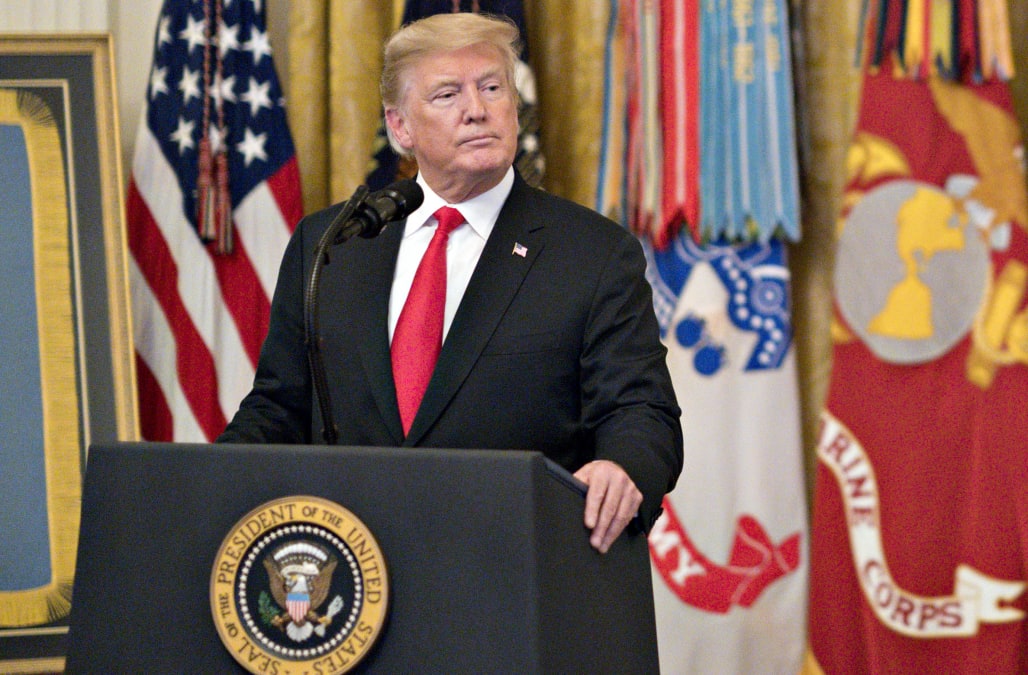 President Trump took to Twitter Friday night and brought up the media’s coverage of a gaffe by former President Barack Obama 10 years ago.

Trump tagged Fox News’ Laura Ingraham in his tweet and wrote: “When President Obama said that he has been to ‘57 States,’ very little mention in Fake News Media. Can you imagine if I said that…story of the year!”

A Washington Post piece from 2011 says about Obama’s remark: “During a 2008 stop in Oregon, then-Sen. Barack Obama noted that he had visited ‘57 states’ during his presidential campaign. Despite the efforts of some GOP partisans, the mainstream media quickly moved on; most journalists assumed Obama knew the right number and had simply misspoken.”

During his presidency, Trump has posted numerous tweets asserting that the media is biased against him.

“I just cannot state strongly enough how totally dishonest much of the Media is. Truth doesn’t matter to them, they only have their hatred & agenda. This includes fake books, which come out about me all the time, always anonymous sources, and are pure fiction. Enemy of the People!” he tweeted on August 30.

And in early August, he wrote: “The Fake News hates me saying that they are the Enemy of the People only because they know it’s TRUE. I am providing a great service by explaining this to the American People. They purposely cause great division & distrust. They can also cause War! They are very dangerous & sick!”

More from Aol.com:
Florence, a smelly wet unwanted visitor, besieges Carolinas
John Kerry: Trump has the ‘insecurity of a teenage girl’
Trump can message you directly on FEMA alert system to be tested next week