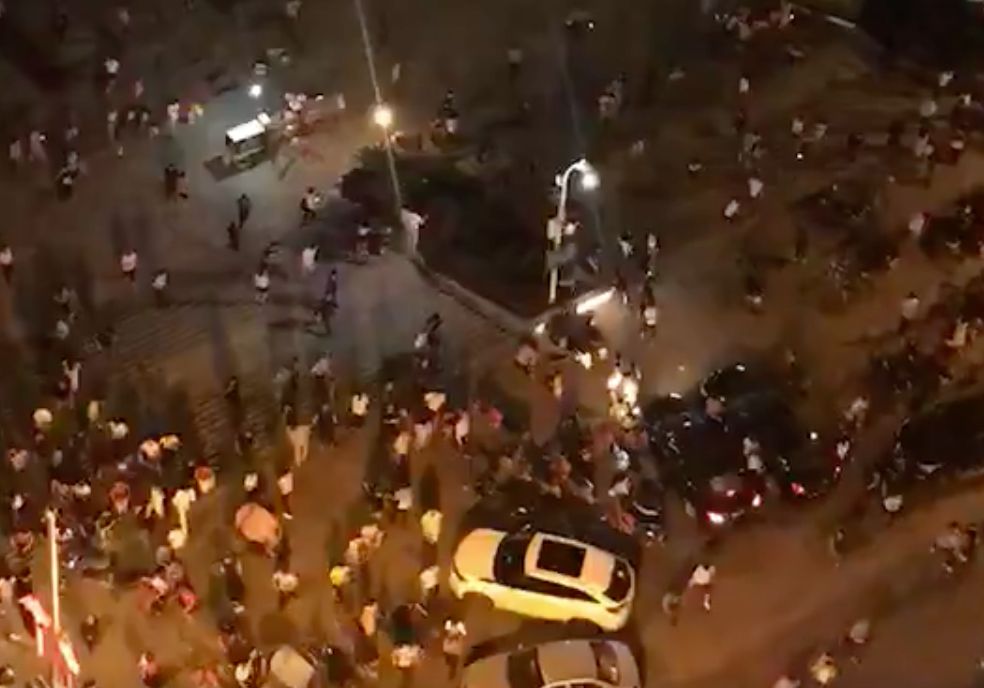 At least 11 people were killed and more than 40 injured after a driver intentionally plowed a car into a busy square in southern China on Wednesday night and attacked pedestrians with a knife and spade, local officials said.

The driver was identified by police as 54-year-old Yang Zanyun. Yang, whose gender has not been revealed, has a long criminal record including convictions for drug dealing and theft, Reuters reported. Local officials said these clashes with the law had caused Yang to harbor a desire to exact “revenge on society.” No other motive has been offered.

Officials said Yang drove a car into a crowded pedestrian square in the city of Hengyang in Hunan province with “intent to injure” at about 7.30 p.m. on Wednesday, BBC reported. Yang was alone, police said, and attacked passersby with a knife and a spade. It’s unclear whether Yang exited the car with the weapons.

Yang was later detained, though officials have offered scant details about the suspect’s arrest.

Videos shared on Chinese social media showed the immediate aftermath of the attack. Bodies were seen lying in the square as people fled the area en masse, screaming and crying.

UPDATE: At least 9 dead and nearly 50 injured after car plows into crowd in southern China https://t.co/qQwlAjuihfhttps://t.co/YxOAjDU69q

Officials said in the hours after the attack that nine people had been killed. On Thursday, however, that number was updated to 11. Forty-four people were also injured, some seriously, Reuters reported.

China has endured several mass vehicular attacks in recent memory, including a deadly 2013 incident at Beijing’s Tiananmen Square and a 2014 attack in the city of Urumqi that left more than 30 dead. Islamist extremists claimed responsibility for both attacks.

More from HuffPost US:
Donald Trump Hits Back At JPMorgan’s Jamie Dimon As 'Nervous Mess'
'Young And The Restless' Star Doug Davidson Says He's Been Axed After 40 Years
Samantha Bee's Voter Turnout Game App Was Way Too Popular For Its Own Good