Michael Cohen seeks to tear up Stormy Daniels deal, get hush money back 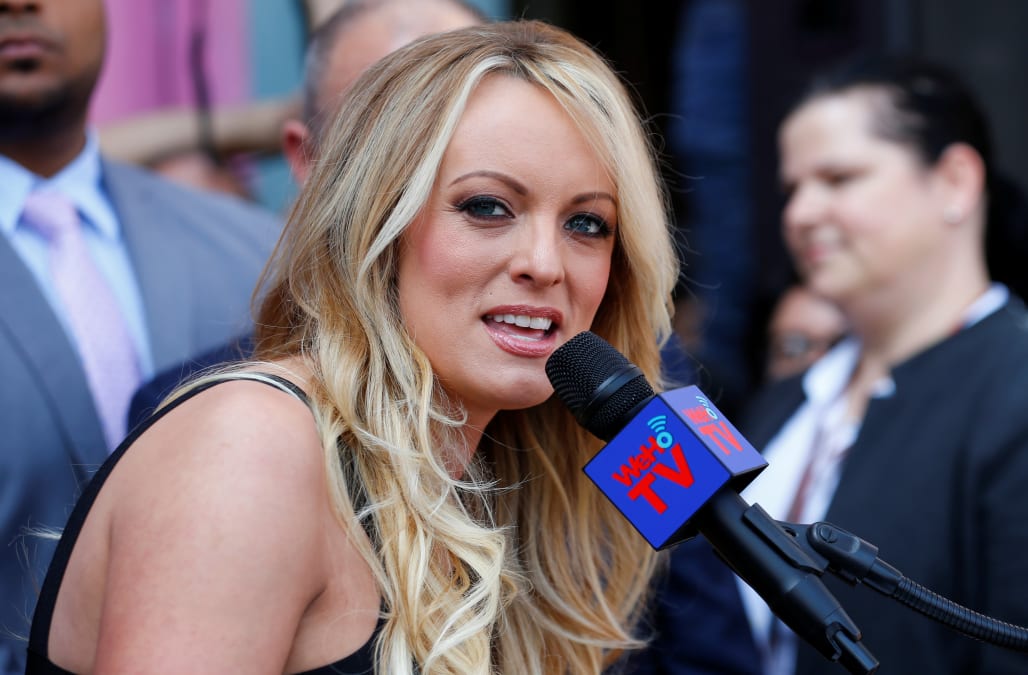 President Donald Trump’s former personal attorney Michael Cohen is hoping to scuttle a nondisclosure agreement with adult film star Stormy Daniels and get his money back. Cohen and his shell company, Essential Consultants, are seeking to avoid further litigation over the deal, which Cohen said was negotiated on Trump’s behalf so Daniels wouldn’t disclose their alleged affair during the presidential election, CNN was the first to report.

But Daniel’s attorney, Michael Avenatti, blasted the move as part of a strategy to keep Trump and Cohen from being disposed in the case and possibly be forced to reveal other stealth payments to quiet other damaging information.

“What they’re trying to do is they don’t want me to get a chance to depose Michael Cohen and Donald Trump,” Avenatti said on CNN’s “Cuomo Prime Time” Friday night. He called it a “Hail Mary to try and avoid that, that’s my first guess.”

RELATED: What Stormy Daniels has said about her affair with President Trump

What Stormy Daniels has said about her affair with Trump

She says: In Touch never paid her for her story

Daniels says she was never paid the $15,000 she was originally offered by In Touch for the story of her alleged affair with Trump.

She says: Her sexual encounter with Trump was consensual

Daniels had said during the "60 Minutes" interview that she didn't want to have sex with Trump – but when asked by Anderson Cooper if the encounter with Trump was consensual, the adult film star responded affirmatively, saying, "yes, yes."

She says: Trump's lawyer threatened her and her daughter

As she detailed the aftermath of the alleged affair, Stormy Daniels -- whose real name is Stephanie Clifford -- described a moment in a Las Vegas parking lot when a man threatened her:

"And a guy walked up on me and said to me, 'Leave Trump alone. Forget the story.' And then he leaned around and looked at my daughter and said, 'That's a beautiful little girl. It'd be a shame if something happened to her mom.' And then he was gone."

She says: Trump compared her to Ivanka

She says: Trump "brushed aside" his relationship with Melania

When asked by Anderson Cooper about Trump's marriage to Melania Trump, Daniels said Trump "brushed aside" any concern surrounding his marital vows. She said he spoke of his marriage to Daniels, saying:

"Oh yeah, yeah, you know, don’t worry about that. We don’t even—we have separate rooms and stuff."

She says: She spanked Trump with a magazine with Trump on the cover

Stormy Daniels confirmed in her "60 Minutes" interview the earlier report that she had spanked Trump with a magazine featuring himself on the cover.

Michael Cohen has confirmed that he paid Stephanie Clifford $130,000 11 days before the 2016 election. A former chairman of the Federal Election Commission has since said this payment may have been illegal.

A lawyer for Cohen stated in a legal status report filed Friday in Los Angeles federal court that his client “seeks the rescission of the Confidential Settlement Agreement dated October 28, 2016,” The Washington Post reported. The filing included Cohen’s promise not to sue Daniels for any contract breach. He also reserved the right to seek the return of the money.

Attorney Brent Blakely said in statement to CNN that the filing “effectively put an end to the lawsuits,” adding that the “rescission ... will result in Ms. Clifford returning to Essential Consultants the $130,000 she received in consideration, as required by California law.”

Daniels had sued for defamation and to void the contract. Cohen had sued Daniels for $20 million for allegedly breaching the contract, NBC reported.

Avenatti tweeted that he and his client will “never” settle their pending cases against Cohen and his company “absent full disclosure.” He accused  Cohen of still trying to protect Trump.

He also told The Washington Post that the offer is “going nowhere” because Trump “hasn’t offered anything. He would have to agree for the NDA to be void,” he claimed.

Michael Cohen is back to playing games and trying to protect Donald Trump. He is now pulling a legal stunt to try and “fix it” so that we can’t depose Trump and present evidence to the American people about what happened. He is not a hero nor a patriot. He deserves what he gets.

Both sides are scheduled to be in a Los Angeles court Monday for a conference on the case.

Cohen pleaded guilty last month to eight felonies, including illegally interfering in the 2016 election. He said he followed Trump’s orders to arrange hush-money payments before the 2016 election to quiet two women about their relationship with Trump.

Supporters for Daniels turned out for her on Friday before an appearance at a “gentlemen’s club” in Salisbury, Massachusetts. “She’s an unlikely hero, but a super hero to me” for speaking out, said one fan. Check out the video above.