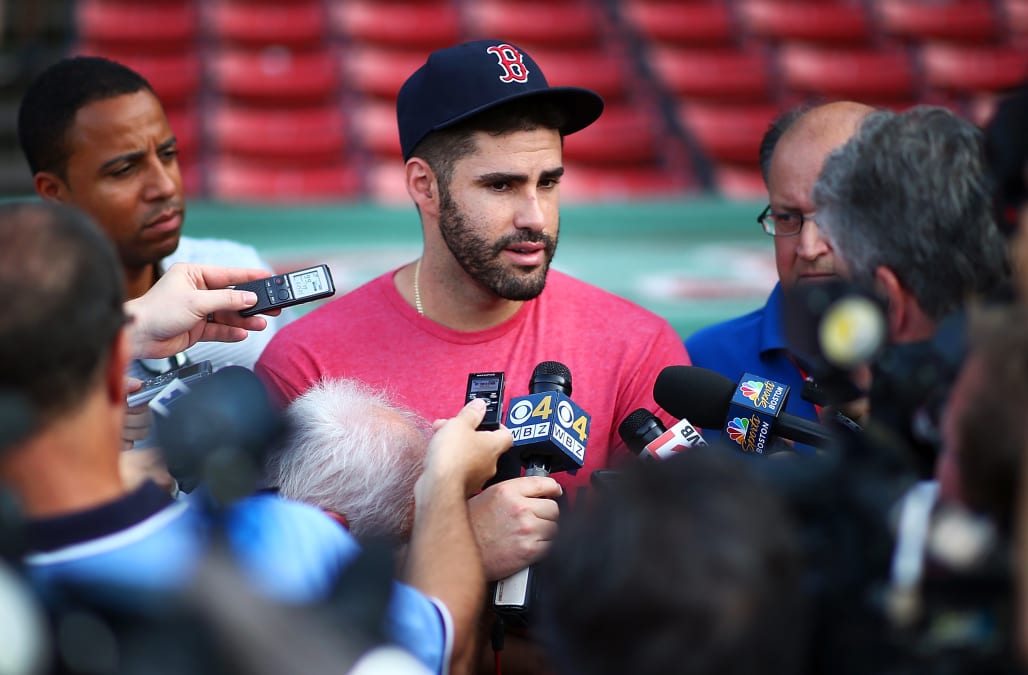 Martinez commented on the post “This is why I will always stay strapped! #thetruth”

The rhetoric and Nazi imagery in the post are common fear tactics used by gun rights supporters to sway opinion against gun control. Martinez implied that he needed to “stay strapped” so he could fight back in the event of a Nazi-like government takeover in the United States.

The post went unnoticed at the time, but like so many other social media posts by athletes from years past, recently resurfaced. He was 25 years old and a member of the Houston Astros when he made the post.

He addressed the post in an interview with The Boston Globe on Tuesday.

While it’s clear that Martinez did not intend to endorse Hitler in the post, he clarified as much with The Post.

“As most of you guys know, I’m Cuban-American. Most of my family was run out of Cuba because of a brutal dictator. It’s terrible. It’s one of those things where I’ll never get to meet some of my family members because of it. It’s one of those things where, I was really touched at the time. I saw it and I posted it. I had no intent to offend anyone, but it was mostly just to state a point — a political point at the time that I believe in. I posted it and that’s one thing that, I love my country. I love this country. I stand by the Constitution and the Second Amendment. It’s something that I take pride in and it’s something that I’ll back up.”

Martinez went on to what’s become a familiar refrain from athletes whose old social media posts rise to the surface.

As long as they’re out there, old social media posts by athletes will continue to remain a distraction from the task at hand. Martinez is having a career year on a championship contender, hitting .337 with 38 home runs and 110 RBI, putting him in legitimate running for a triple crown.

Surely, the last thing he wants to be doing right now is talking about Hitler.

More from Yahoo Sports:
• Why an NFL QB left a $90M offer on the table
• Bob Costas may be headed to the NBC exit
• Steelers’ Bell on Labor Day return: ‘Fake news’
• LeBron, Curry could break NBA records this year