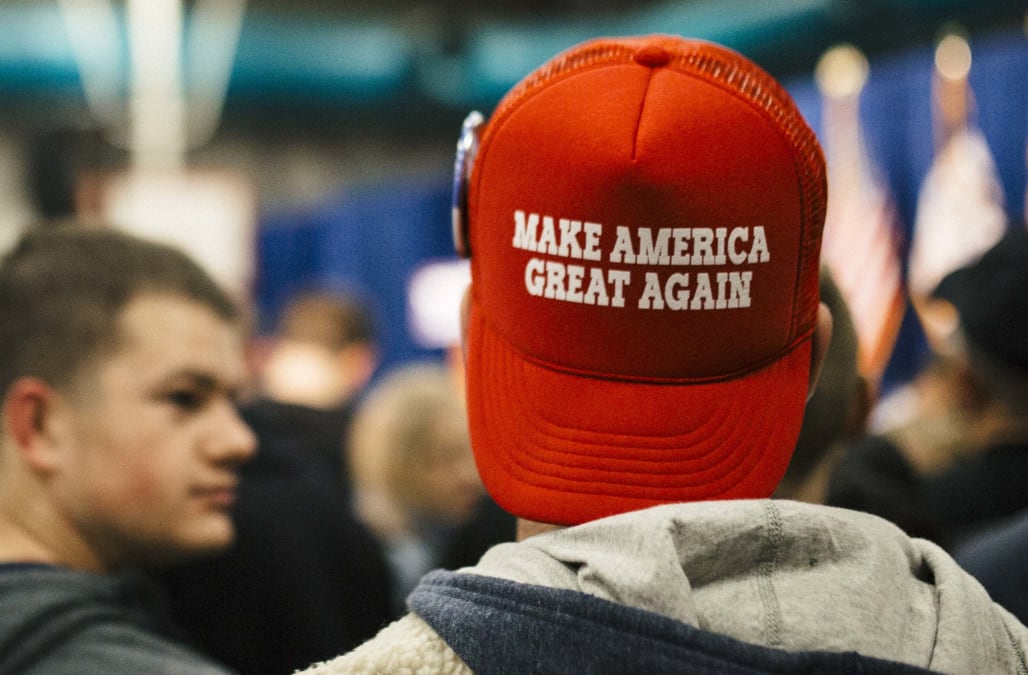 Jo-Ann Butler, 17, was arrested after she took the hat, sold by President Trump’s election campaign. She called it a political stand.

Her goal, she said, was to change her classmates’ minds.

“Maybe just wake people up in some type of way,” she said, “because it’s not cool the environment our classroom is in.”

A woman smiles after getting an autograph by U.S. Republican presidential candidate and businessman Donald Trump on her hat after he spoke at a campaign rally South Point Resort and Casino in Las Vegas, Nevada January 21, 2016. REUTERS/David Becker

Butler is also accused of slapping her teacher on the way out of the classroom.

She was charged with two counts of battery and suspended from school for one week.

Political symbols are not banned by the dress code in the El Dorado Union High School District, where Butler attends Union Mine High School.

“Student and staff safety is our highest priority and the UMHS administration will continue to cooperate with the El Dorado County Sheriff’s Office as the incident is being investigated,” the district said in a statement.