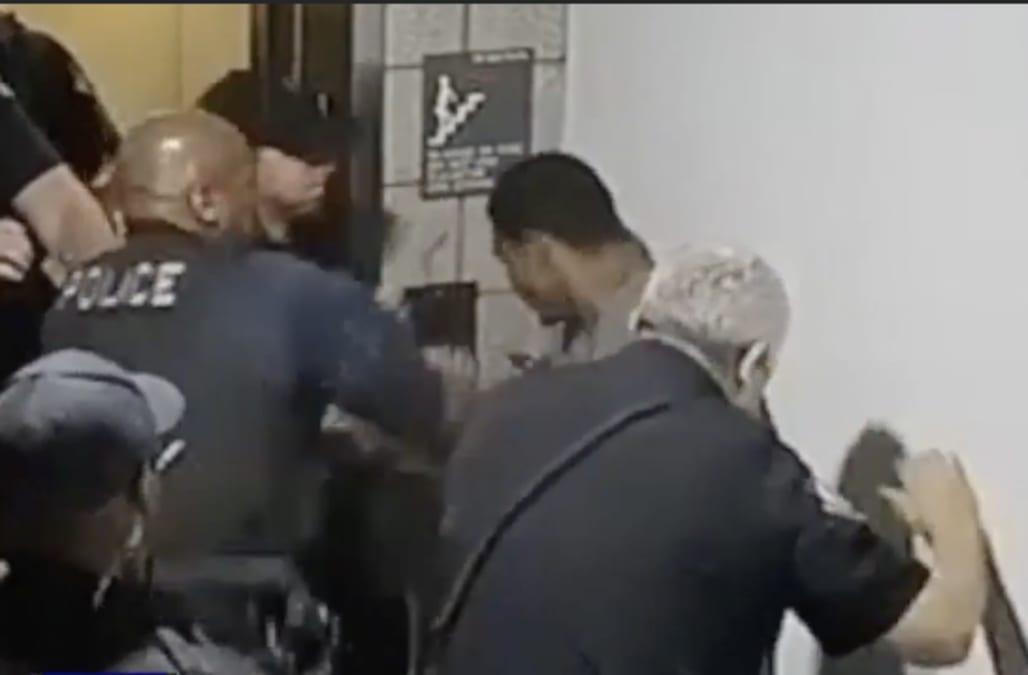 Suburban Phoenix police officers shown on video beating an unarmed black man as he stood against a wall three months ago should not face criminal charges, outside police investigators said Monday about one of a series of recent incidents that drew criticism about the agency's use of force.

Several officers from the Mesa Police Department repeatedly punched Robert Johnson after he failed to follow their instructions, which was captured on widely circulated video . It raised questions about police conduct at a time when officers nationwide are under scrutiny for use of force, especially against minorities.

It also comes after Mesa Police Chief Ramon Batista hired an outside attorney to investigate the Johnson case and the rough treatment of a teenage armed robbery suspect captured on videotape the same month. He also requested an independent review of use-of-force cases over the past three years.

Police in the city of Scottsdale said the Mesa department asked them to conduct an independent criminal investigation of the Johnson encounter on May 23. After reviewing hours of video, Scottsdale police said in a statement that investigators determined "the use of force was legally authorized and justified" under state law.

They said the investigation was presented to prosecutors for review and "they concurred with our findings."

Lawyers for Johnson, 33, said he still is recovering from a concussion, scrapes and bruises and that the matter likely will wind up in court.

"The only justice that he's going to get is from a civil jury," Phoenix attorney Joel Robbins said.

Mesa police said in a statement that five officers are still on leave pending the outcome of an internal investigation and "as a result, our department cannot discuss this matter in greater detail at this time."

Mesa police said they encountered Johnson after officers responded to a call from a woman who said her ex-boyfriend was trying to break into her apartment.

Officers found the ex-boyfriend with Johnson, who said he was helping a neighbor get something from the apartment.

Surveillance and body camera video, which was first released in June, shows a Mesa police officer asking Johnson, who was on his phone, to sit down several times. He does not sit.

The officer asks him again to sit, but Johnson instead leans against a wall near an elevator while looking at his phone. Several officers then repeatedly punched him.

A police report said Johnson was "verbally defiant and confrontational," but his attorneys said there was no reason for officers to hit him.

"Mesa police beat a man for not sitting down when they wanted him to sit down," Robbins said. "It boggles my mind."

Johnson originally was charged with disorderly conduct and hindering prosecution, but charges were dropped on June 14.

After a series of videotaped encounters drew national attention, the police chief asked the Washington-based Police Executive Research Forum to review all cases involving force by Mesa police over the past three years.

In video released in June, Mesa officers are seen roughly treating a teenager who was arrested May 17 on suspicion of armed robbery and aggravated assault with a deadly weapon.

The footage shows officers cursing the youth and grabbing the collar of his T-shirt tightly around his neck. Two officers have been placed on leave.

Also in June, an attorney released video of a man being beaten while bleeding on a hospital floor after fleeing his room. He had been stopped in January for possible drunken driving and got into a scuffle with an officer.

An 84-year-old Mesa woman also filed a federal civil lawsuit earlier this month, saying she was seriously injured by two policemen in February 2017.