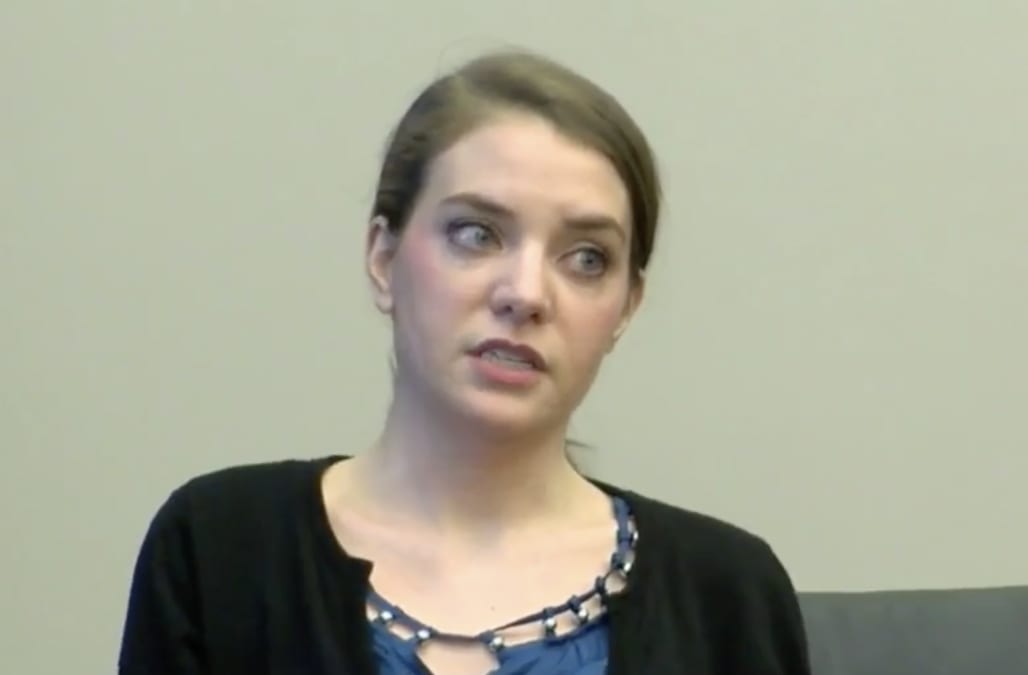 After fatally shooting her cheating boyfriend in the face, Shayna Hubers joked he should be grateful for finally getting “the nose job he always wanted.”

On Wednesday, Cecily Miller, a former cellmate of Hubers offered up that bombshell revelation during testimony, reported Cincinnati.com.

Hubers, 27, claimed she shot Ryan Poston six times in self-defense at his Highland Heights, Ky., home, but prosecutors claim the motive behind the shooting was his dumping her for a beauty queen.

Cackled during the heinous act

A forensics expert graphically told the court that the first bullet pierced his forehead, then two more were pumped into his back before the final three struck his torso while lying on the floor.

Miller also testified Hubers killed Poston out of revenge and cackled during the heinous act.

A second cellmate, Holly Nivens, claimed to have overhead a callous Hubers tell her mother during a phone call that Poston’s family had enough money to buy another son.

The damning evidence against Hubers continued when a third cellmate, Donna Dooley, stated under oath that the defendant “would get on the phone and cry and sing to her mom and say there’s worse crimes than murder.

Highland Heights Police Chief Bill Birkenhauer testified Hubers and Poston shared a contentious relationship. He claimed she would log on to Poston’s Facebook account to block women and pestered him with hundreds of text messages after one of several break-ups during their 18-month involvement.

Hubers was convicted of murder in 2015 but the ruling was overturned when the case was ruled a mistrial.