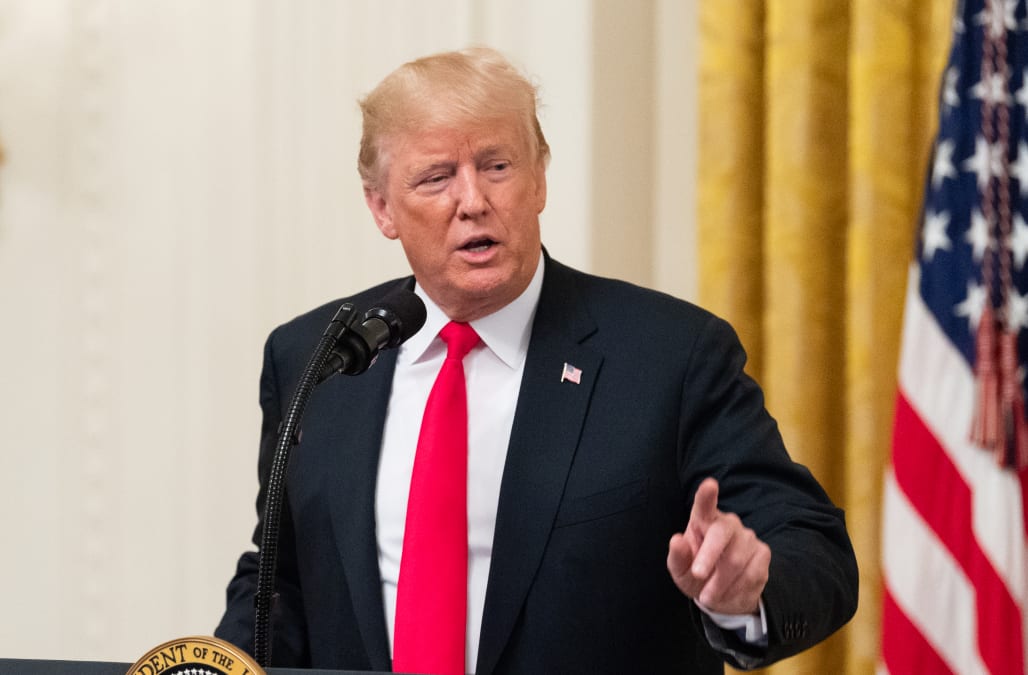 WASHINGTON, Aug 22 (Reuters) - U.S. President Donald Trump said on Wednesday he found out only after the fact about payments his then-lawyer Michael Cohen made to silence two women who said they had had affairs with Trump, adding that the money came from him and not his campaign.

"Later on I knew," Trump told Fox News Channel when asked if he knew about the payments. "And they're weren't taken out of campaign finance ... They didn't come out of the campaign; they came from me."

RELATED: All the companies that Michael Cohen approached and their responses

All the companies that Michael Cohen approached and their responses

Novartis, one of the largest pharmaceutical firms in the world, confirmed the payment on Wednesday.

In a series of statements, the Swiss drugmaker clarified that the company had a year-long contract with Essential that paid $100,000 a month and "focused on US healthcare policy matters."

The company determined after meeting with Cohen that the lawyer's assistance was not helpful.

"Following this initial meeting, Novartis determined that Michael Cohen and Essential Consultants would be unable to provide the services that Novartis had anticipated related to US healthcare policy matters and the decision was taken not to engage further," Novartis said in a statement.

The company, which is partly owned by the South Korean government's Export-Import bank,confirmed the payment and claimed the money was for "legal consulting concerning accounting standards on production costs."

It was a one-time payment that came at the end of contact with Essential, the firm said.

Korea Aerospace is currently partnered with Lockheed Martin on a bid to win a US Air Force contract. The contract winner would supply the Air Force with training aircraft and receive up to $16.3 billion.

The telecom giant confirmed the payment and said Cohen was paid to help AT&T better understand the Trump administration.

"Essential Consulting was one of several firms we engaged in early 2017 to provide insights into understanding the new administration," AT&T said in a statement Tuesday evening. "They did no legal or lobbying work for us, and the contract ended in December 2017."

AT&T is currently in the midst of a legal battle with the Trump administration over a proposed merger with Time Warner.

A source told CNBC on Wednesday that AT&T may have paid Cohen up to $600,000, but said it "wasn't to pay for access to the president."

Cohen contacted Uber, but the ride-sharing company rejected the advance.

According to a Wall Street Journal repor t, Cohen repeatedly talked to Uber about a possible relationship, but was rejected.

A person at Uber told the Journal that the ride-hailing firm thought that Cohen's ownership of a New York taxi cab company was a conflict of interest.

The company hasn't issued a formal statement about Cohen.

Ford turned down Cohen in January 2017 after a single phone call from the lawyer, according to the Journal.

The contact between Cohen and Ford is reportedly part of Special Counsel Robert Mueller's investigation and Ziad Ojakli, Ford's head of government affairs, was interviewed by Mueller's team about Cohen's contact.

The company hasn't issued a formal statement about Cohen.

Cohen, in pleading guilty to eight criminal charges of tax evasion, bank fraud and campaign finance violations, told a federal court on Tuesday that Trump directed him to arrange the payments to influence the 2016 presidential election - a claim at odds with Trump's statement.

"It's not even a campaign violation," he said, repeating a claim he made earlier in the day on Twitter without evidence, even though both Cohen and prosecutors have agreed it was.