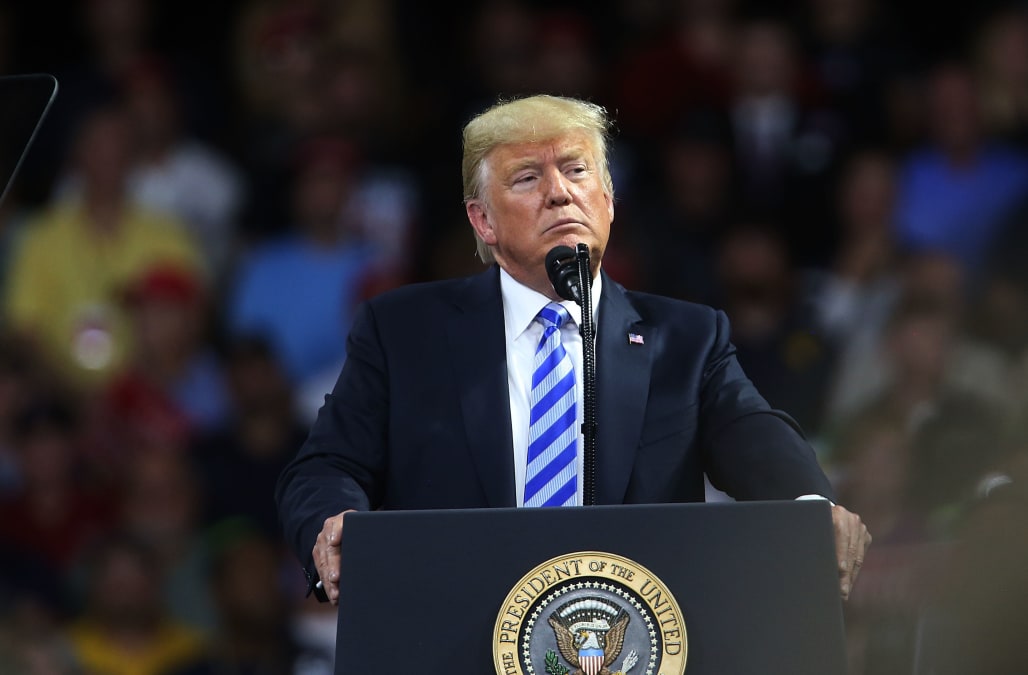 Former Vice President Joe Biden and Senator Bernie Sanders, the two best-known potential candidates in the poll, each topped Trump by 12 points. Senator Elizabeth Warren, who has said she has no plans to run in 2020, came out 4 points ahead.

“Trump holds leads against these lesser-known candidates ranging between 2 and 10 percentage points,” Politico states. “But, notably, Trump’s vote share in each of these matchups is stuck in a narrow band between 28 percent and 30 percent — a poor showing for an incumbent.”

The poll involved 1,974 participants and was conducted from August 16-18, days before the guilty pleas of former Trump attorney Michael Cohen and the guilty verdicts for Trump campaign’s former chairman Paul Manafort.