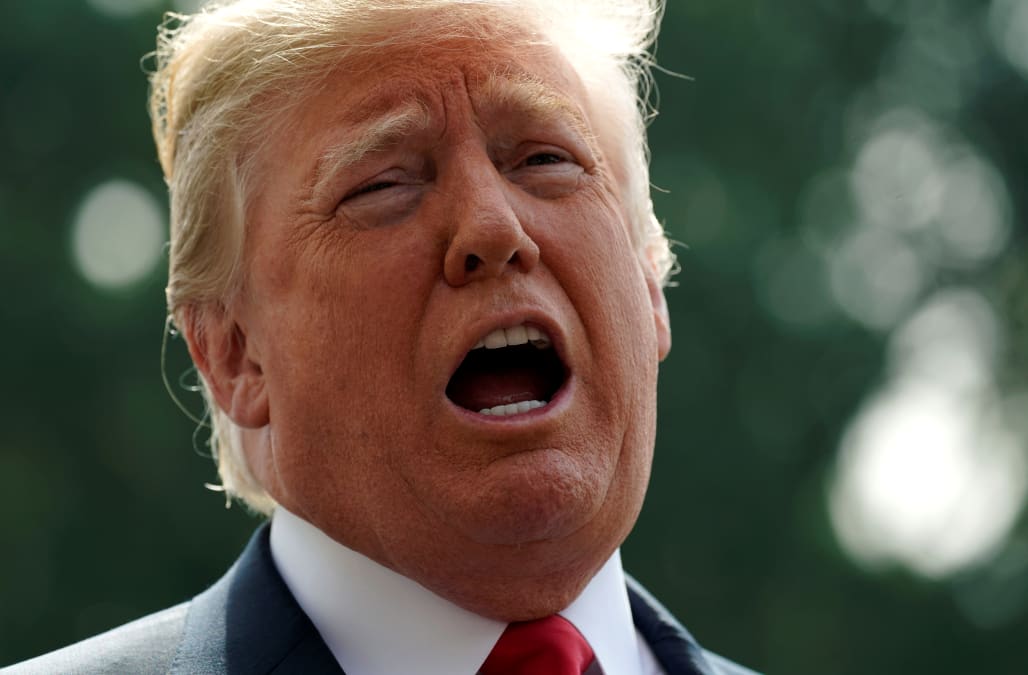 Trump, without a whiff of irony, took to Twitter to blast social network companies that have been working to ban right-wing "Infowars" conspiracy theorist Alex Jones from their platforms in recent weeks.

“Social Media is totally discriminating against Republican/Conservative voices. Speaking loudly and clearly for the Trump Administration, we won’t let that happen,” Trump wrote. “They are closing down the opinions of many people on the RIGHT, while at the same time doing nothing to others.”

Jones is currently being sued by relatives of nine victims who died in the 2012 massacre at Sandy Hook Elementary School in Newtown, Conn., for spreading false information about the tragedy.

The 44-year-old has repeatedly promoted the idea that the mass shooting was a hoax staged by gun control advocates.

Jones issued a video plea urging Trump to block the companies’ actions and “come out before the midterms and make the censorship the big issue.”

He added that he believes Twitter may shut him down completely because he violated its rules by posting a "video I shot last night saying [President Donald] Trump should do something about the censorship of the internet."

He also asked Trump to “come out and point out that the communist Chinese have penetrated and infiltrated and are way, way worse than the Russians.”

Trump, himself no stranger to conspiracy theories, didn’t mention Jones by name, but has appeared on his show in the past. In December 2015 he told the right wing propagandist that his “reputation is amazing.”

The President appeared to take Jones up on his recommendation by tweeting that “(a)ll of the fools that are so focused on looking only at Russia should start also looking in another direction, China.”

The President said while networks like CNN and MSNBC might be “fake news,” he does not “ask that their sick behavior be removed.”