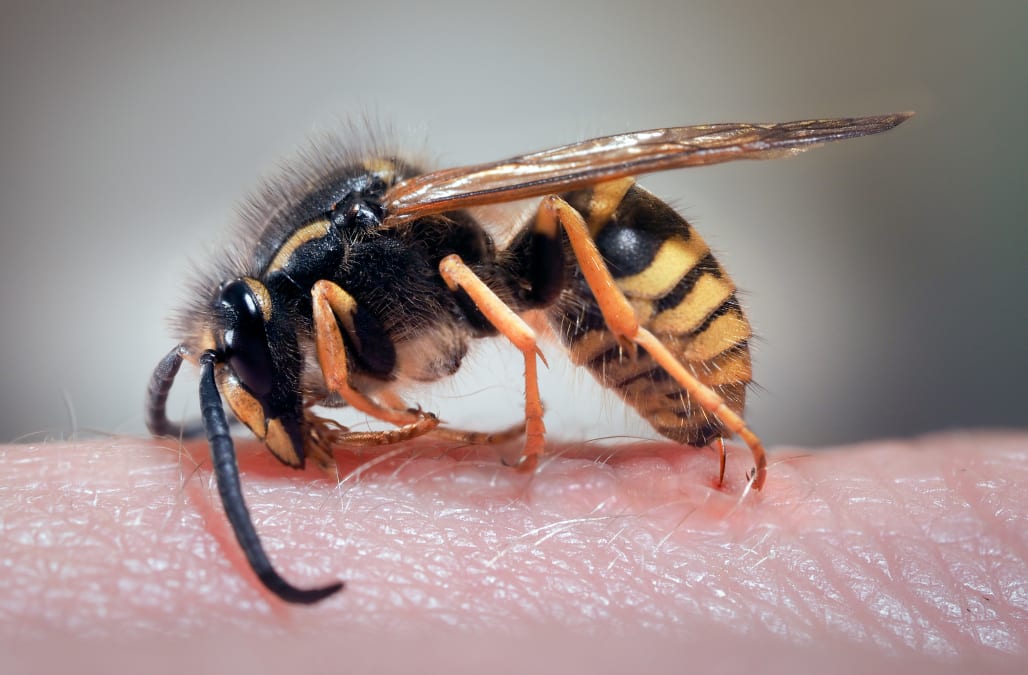 Great Britain is currently under siege by a mob of 'drunk and irritable' wasps intoxicated by fermented fruit and leftover pub cider.

Experts from the Sussex Wildlife Trust told the Daily Mail that the wasps are often driven to drink around this time of year due to a combination of environmental factors as well as parts of their own anatomy.

A tight band around the creatures' abdomens prevents them from consuming their conventional diet of flies later in their lives, spurring them to seek out liquid food sources. During this stage, adult wasps rely on a "sugar-rich spit" produced by larvae laid by the hive queen, according to the Sussex Wildlife Trust. However, by mid- to late-August, the queen stops this process, leaving the rest of the hive with nothing to eat.

The desperate wasps then flock to human food that has been improperly discarded, such as fermented fruit and leftover ciders. These foods contain enough booze to get wasps drunk, which makes them irritable and sting-happy, according to the Daily Mail.

Dee Ward-Thompson, technical manager at the British Pest Control Association, said that the best way to help control the terrifying epidemic is for people to ensure they are disposing of their waste properly.

"We always advise waste to be securely bagged and held within a clean container, away from where young children might play," she said in a statement.

More from Aol.com:
Astronauts' bones and muscles can severely decay in space — and this company aims to stop it
Terrifying video shows great white shark leap out of water towards researcher
This company aims to deliver packages to the moon by 2020