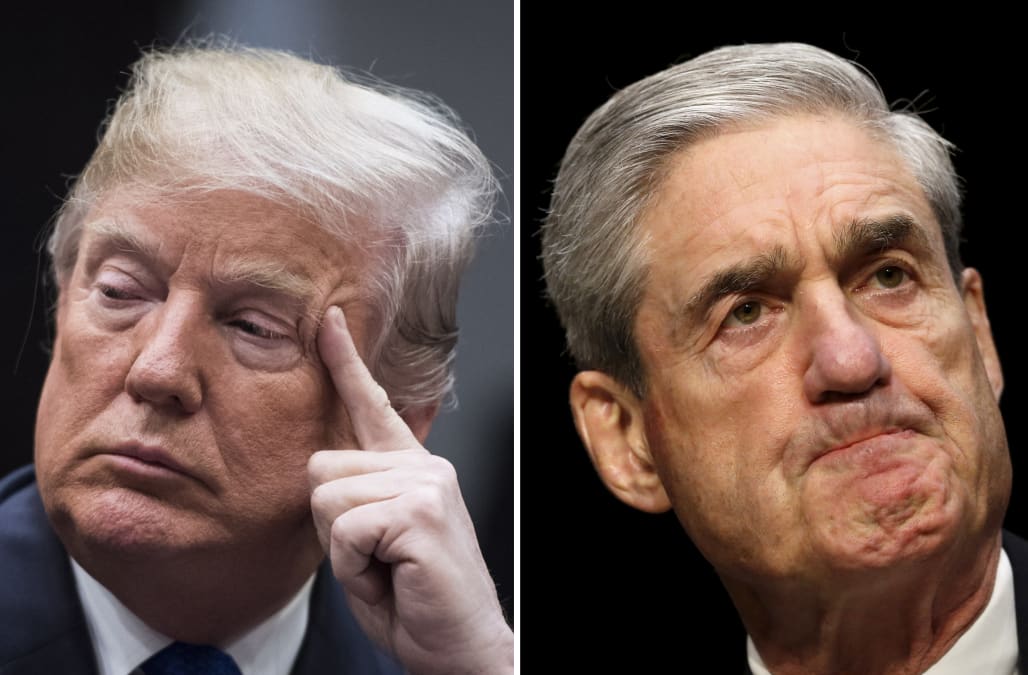 A man claiming to be a Donald Trump supporter urged the president to lay off special counsel Robert Mueller in a new ad that is airing this week on “Fox & Friends,” a Fox News show Trump is said to frequently watch.

“After eight years of President Obama’s weak leadership, I was ready for a tough leader,” the man, clad in a T-shirt and cap, says in the ad.

“Now I hear you’re thinking of firing Bob Mueller or [Rod Rosenstein,] the deputy attorney general. It makes you look weak, petty and impotent to us Trump supporters. We don’t want someone that’s weak, petty or impotent — that’s why we voted for you instead of those other guys,” he added.

Trump heightened his attacks on the special counsel’s investigation last week when he suggested that Attorney General Jeff Sessions shut down the Mueller probe. Sessions recused himself from matters involving the investigation last year, given his contacts with Moscow’s U.S. envoy during Trump’s campaign.

The president has also been critical of Rosenstein, the longtime Republican Department of Justice official who is now overseeing Mueller and the special counsel’s office.

The 30-second spot titled “Weak” was produced by the Swamp Accountability Project, a new Republican group that is supportive of Trump’s pledge to “drain the swamp” in Washington, D.C., and clean up government corruption ― despite the swamp creatures lurking in his own cabinet.

GOP consultant Liz Mair, a strategist for the group, said that the group doesn’t believe Trump committed any crimes during the 2016 presidential election. But she added that the outfit views Mueller, who is leading the investigation into Russia’s meddling, as “the only investigator who has had significant interest and success in going after Russians who interfered in the 2016 election” as well as “stereotypical Beltway influence-peddlers who were exactly the people voters rebelled against in 2016.”

Mueller’s team this week is presenting its case against former Trump campaign chairman Paul Manafort, who is on trial in Virginia for charges related to financial crimes and money laundering. On Monday, the jury heard from Rick Gates, a political operative who also worked on Trump’s presidential campaign. Gates admitted he committed crimes alongside Manafort and embezzled money from him.

“It’s our view that these guys, where there’s sufficient evidence of criminality, absolutely deserve to be prosecuted,” said Mair, who belonged to the conservative #NeverTrump movement during the 2016 campaign. “It’s time to clean house, and that should be especially evident this week. So, we’re running this ad to convey the message that the president should leave Mueller and Rosenstein alone directly to President Trump himself.”