NRA gets trolled with 'thoughts and prayers' over reported financial woes 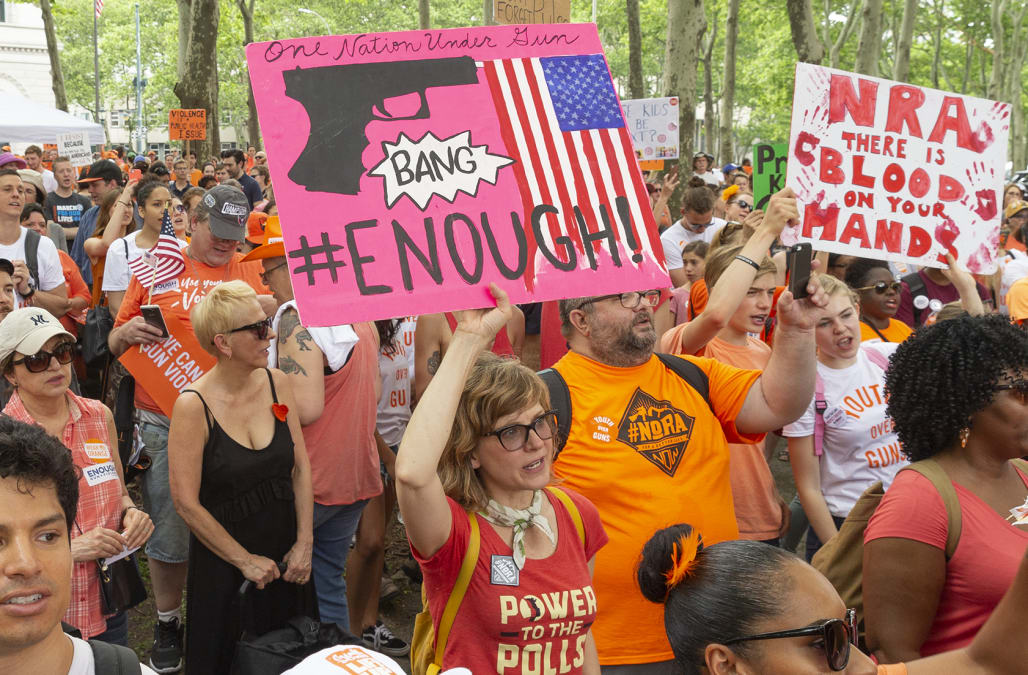 The National Rifle Association is reportedly falling on hard times.

According to a Rolling Stone article published on Friday, the organization claims it may soon “be unable to exist” due to an ongoing legal battle with New York Gov. Andrew Cuomo (D) and the state’s financial regulators.

Many Twitter users have balked at the NRA’s assertion, which it made in a court filing. Comedian Chelsea Handler suggested it could “ask some of the Republicans they donated millions to for a loan.”

RELATED: List of companies cutting ties with the NRA

Other tweeters, meanwhile, sarcastically shared the “thoughts and prayers” trope that is often trotted out by political leaders following mass shootings:

Thoughts and prayers to the NRA who is saying they’re in a deep financial crisis and may be unable to exist. Maybe they could ask some of the Republicans they donated millions to for a loan:
Richard Burr - $7M
Roy Blunt - $4M
Cory Gardner - $3M
Marco Rubio - $3M

Join me in sending thoughts and prayers to the @NRA. https://t.co/molJ9HOfV2

Allow me to be the first to offer my thoughts and prayers.https://t.co/rwYjNhdlSe

The NRA is going bankrupt.

So apparently, according to multiple sources, the NRA is broke or near-broke and on the verge of collapse?
Can we get some thoughts and prayers going?

Aww, thoughts and prayers for poor NRA tv. Actually, seems like a lot of prayers are being answered. Eventually someday maybe the NRA won't own America anymore. This is a start! https://t.co/pR63tkGJVO

The @NRA is in deep financial trouble.

Sending my "thoughts and prayers."https://t.co/HbD8AzsubZ