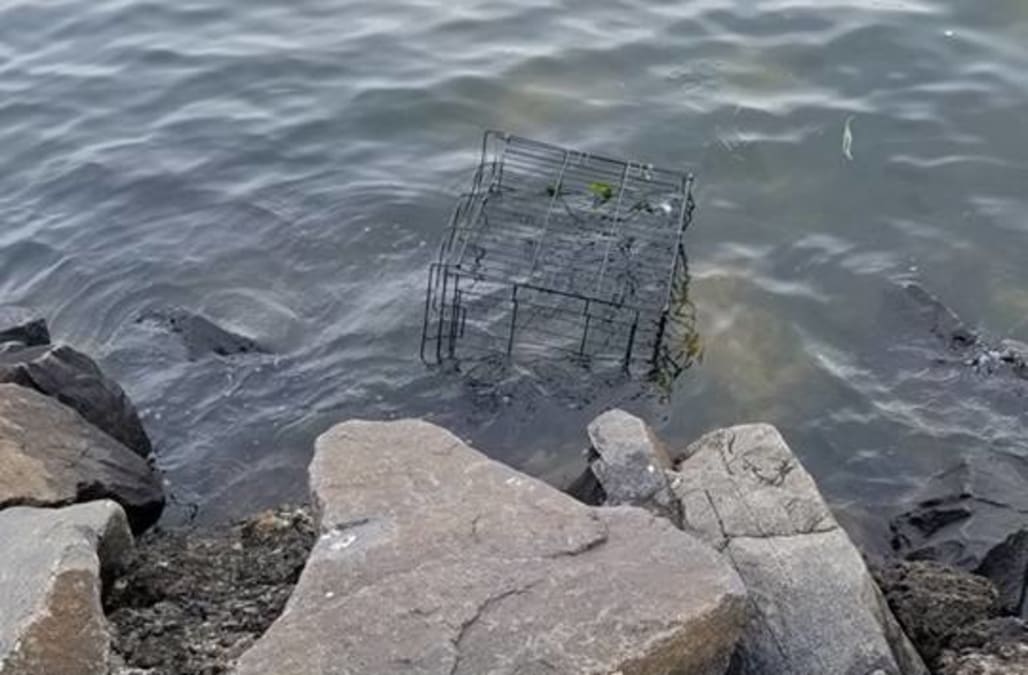 New Jersey authorities are searching for a suspect who they say left a young pit bull to drown inside a cage on the edge of a river.

According to the prosecutor's office, a resident walking their own dog through Veterans Memorial Park in Highlands, New Jersey, early on Tuesday morning spotted a black wire cage with the 1-year-old pit bull cowering inside of it.

"The cage was on a small portion of sand between the bulkhead and the water," the prosecutor's office wrote on Facebook. "The tide was coming in and the water had reached the cage. The good Samaritan climbed over the wall and rescued the dog."

The dog, a grey and white male, was then turned over to the Highlands Police Department, who alerted animal control officials and the prosecutor's office.

"When Animal Control arrived on the scene the cage [was] almost covered by the rising tide," the post continued. "If not for the heroic rescue act of the good Samaritan, the dog could have potentially drowned."

According to the Monmouth County SPCA, the dog, aptly nicknamed River, is "a bit shaken up, but otherwise is in good physical shape and seems to have been well cared for."