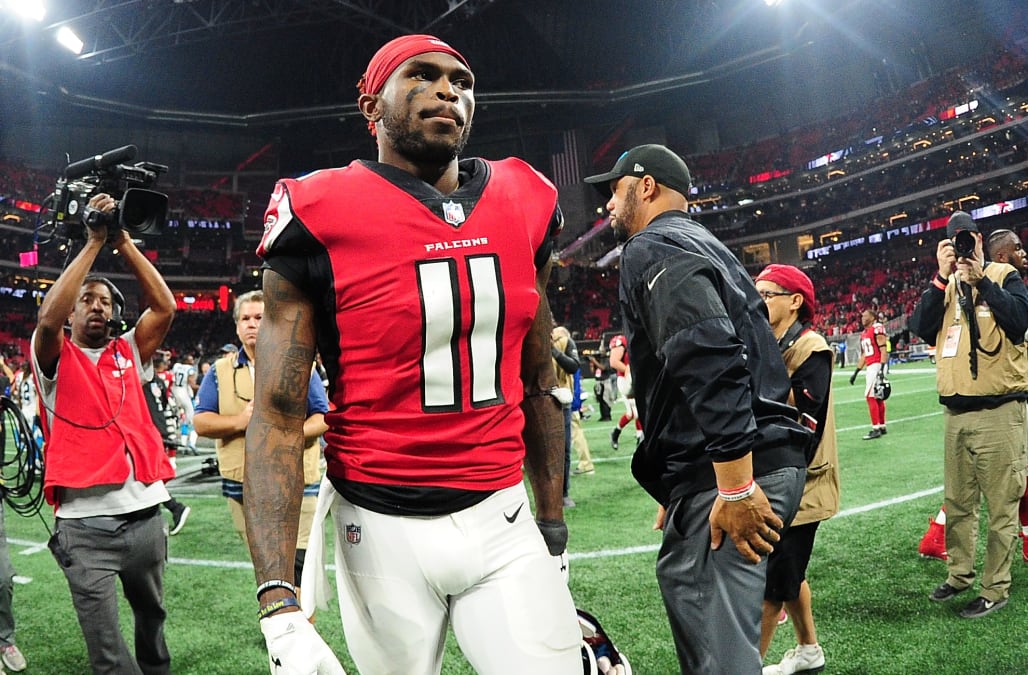 There won’t be a holdout.

The Falcons and Julio Jones agreed on a revised contract that adjusts his salary for the upcoming season, according to NFL Network, and the team announced late Wednesday night that the star receiver would be at training camp.

“We have had continued dialogue all offseason with Julio and his representation. We have come to an agreement with Julio, and we will re-address everything in 2019. I appreciate everyone’s hard work and communication on this.

“This adjustment does not impede us from working on other extensions with other key members of our football team. We will continue to work on those contracts going forward,” Falcons general manager Thomas Dimitroff said in a statement.

The Falcons and Jones, who has three years remaining on his deal, were working to resolve their differences over his contract. He had a scheduled base salary of $10.5 million for next season.

Jones, who led the team with 88 catches for 1,444 yards and three touchdowns last season, had not attended minicamp.