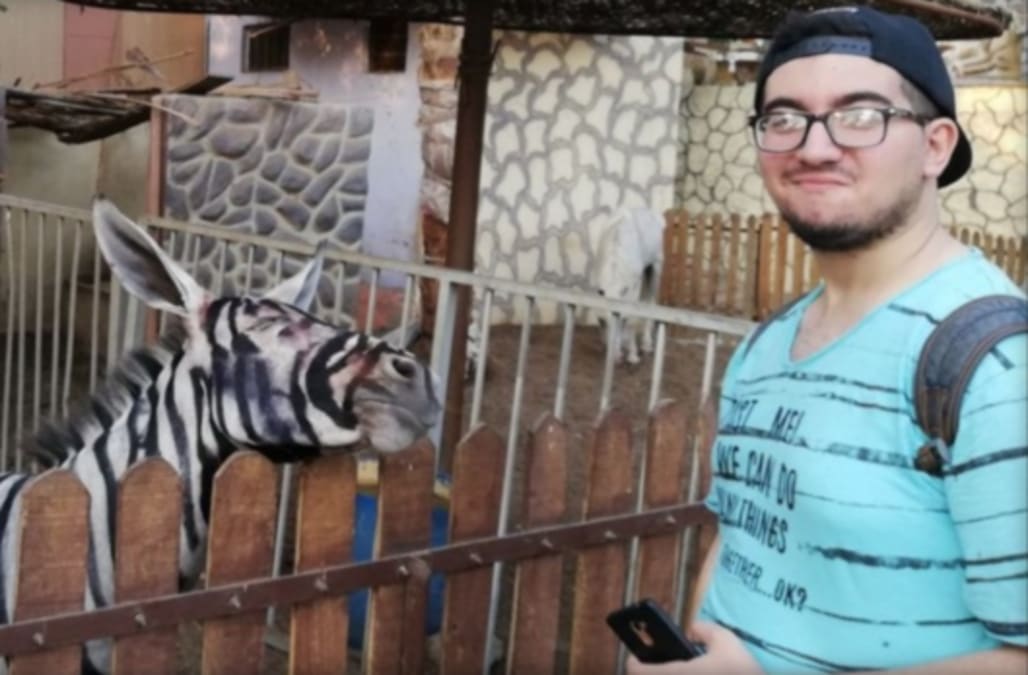 A zoo in Cairo is allegedly showing its true stripes by passing off painted donkeys as zebras.

Mahmoud Sarhan recently visited the International Garden, a municipal park in Cairo, and immediately became suspicious of the animals in the zebra exhibit.

For starters, their ears were bigger and their snouts were lighter than those of the typical zebra.

Sarhan’s pics of the suspicious zebras went viral after he posted them on Facebook. As you can see, he is quite skeptical:

Although the zoo’s director, Mohamed Sultan, insisted his zebras were 100 percent legit to local radio station Nogoum FM, a local vet told the Cairo-based ExtraNews.TV that a zebra’s snout should be black and the stripes should be more consistent and parallel, according to the BBC.

CBS News also notes that zebras and donkeys, despite both bearing a resemblance to horses, are different species.

Other zoos have also been accused of trying to gray the area between zebras and donkeys.