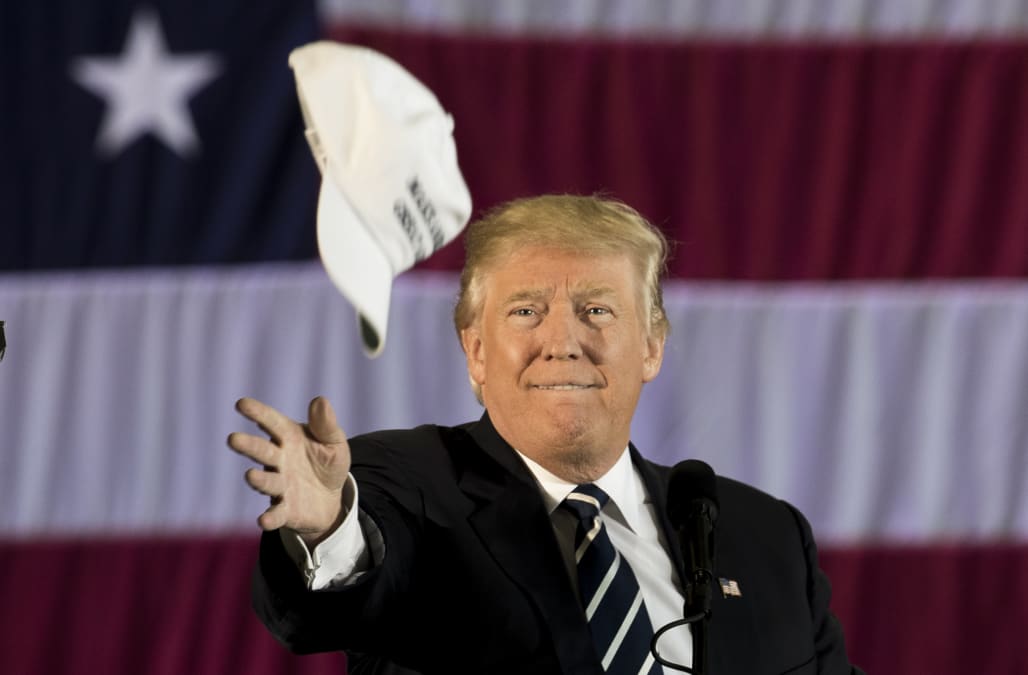 Trump-themed flags and hats made in China are reportedly being held up at US customs amid an intensifying trade war.

Textile suppliers who export their goods to the US told China's state-run tabloid Global Times their products have been delayed at US customs, which is affecting their sales.

"Usually the goods only take 10 days to reach US customers. Now it is taking 15 days or longer," Wu Yuepei, a manager at Qiwang Textile Product, told Global Times.

Yao Dandan, a manager at flag maker Shaoxing Keqiao Jiahao Arts & Crafts Co., also reported delays at US customs, suspected to be related to current trade disputes between the US and China.

Yao said his company has sold about 50,000 "Trump flags" so far this year, and continues to receive orders.

It's unclear what exactly these flags are, but Global Times said another store sold "Trump 2020" and "Keep America Great!" flags. Several manufacturers across China's eastern Zhejiang Province have reported making flags for Trump's 2020 bid. But a Trump campaign official recently told Business Insider that all their merchandise is made in the US, and vendors who suggest otherwise are lying or violating protected trademark rights.

Manufacturers from China's Jiangsu and Hebei provinces, who have reportedly produced hundreds of "Make America Great Again" hats, have said the cost of their product is likely to spike due to impending tariffs.

Trump has proposed a 10% tariff on a list of $200 billion worth of Chinese goods, which includes "hats and headgear" and certain textiles, including flags.

More from Business Insider:
People noticed that Melania Trump seems to look 'horrified' in video after shaking hands with Putin
Trump says he was 'very strong' against Putin and would hold him personally responsible for election meddling
Trump undermines NATO by suggesting 'aggressive' Montenegro may attack Russia to start World War III