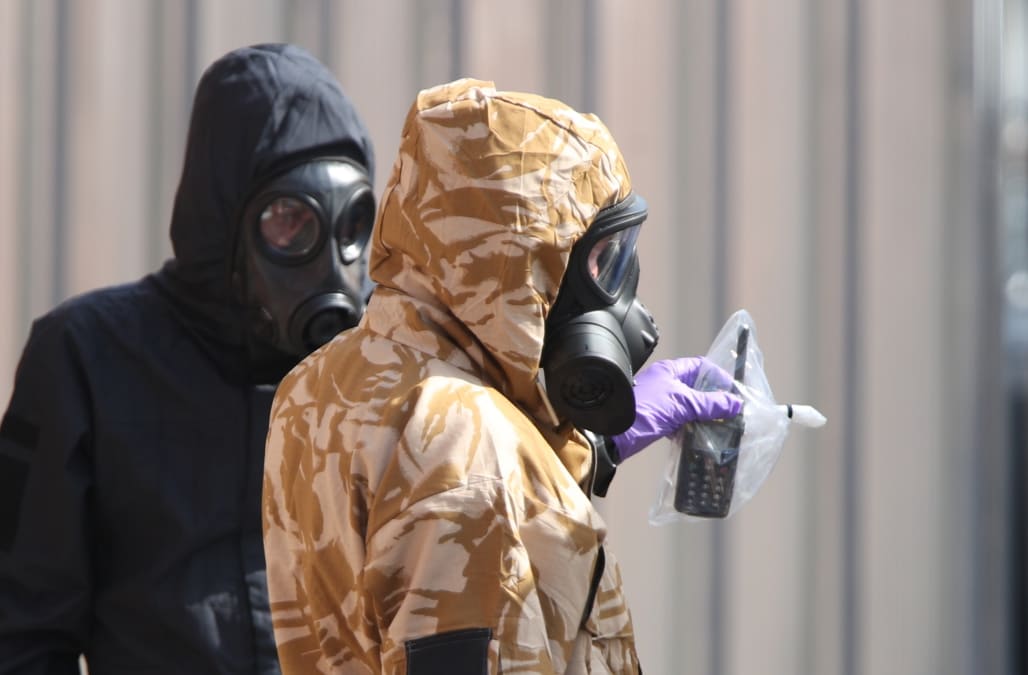 LONDON, July 19 (Reuters) - British police have identified several Russians who they believe were behind the nerve agent attack on former spy Sergei Skripal and his daughter, the British news agency, Press Association, said on Thursday, citing a source close to the investigation.

A police spokesman declined to comment on the report. Security Minister Ben Wallace was dismissive, saying it belonged to the "ill-informed and wild speculation folder."

Skripal, a former colonel in Russian military intelligence who betrayed dozens of agents to Britain's MI6 foreign spy service, and his daughter Yulia, were found unconscious on a public bench in the English city of Salisbury on March 4.

Britain blamed Russia for the poisonings and identified the poison as Novichok, a deadly group of nerve agents developed by the Soviet military in the 1970s and 1980s. Russia has repeatedly denied any involvement in the attack.

After analyzing closed-circuit television, police think several Russians were involved in the attack on the Skripals, who spent weeks in hospital before being spirited to a secret location, the Press Association report said.

"Investigators believe they have identified the suspected perpetrators of the Novichok attack," the unidentified source close to the investigation said, according to PA.

"They (the investigators) are sure they (the suspects) are Russian," said the source, adding security camera images had been cross checked with records of people who entered the country.

After the attack on the Skripals, allies in Europe and the United States sided with Britain's view of the attack and ordered the biggest expulsion of Russian diplomats since the height of the Cold War.

Russia retaliated by expelling Western diplomats. Moscow has repeatedly denied any involvement and accused the British intelligence agencies of staging the attack to stoke anti-Russian hysteria.

Since then, a British woman, Dawn Sturgess, died this month after coming across a small bottle containing Novichok near Salisbury where the Skripals were struck down. Her partner, Charlie Rowley, was also stricken and is still in hospital.

The motive for attacking Skripal, then aged 66 who was exchanged in a Kremlin-approved spy swap in 2010, is still unclear, as is the motive for using an exotic nerve agent which has such clear links to Russia’s Soviet past.

The nerve agent attack put the Skripals into a coma, though after weeks in intensive care they have made a partial recovery and have been spirited away to a secret location for their safety.

"My life has been turned upside down," Yulia Skripal told Reuters in May. "Our recovery has been slow and extremely painful."

A British police officer was also injured by Novichok while attending to the Skripals in March.

More from Aol.com:
Husband dies on honeymoon after colliding with wife on zip line
All 12 members of missing youth soccer team, coach found alive in Thailand cave
Photos of the week: 6/15 - 6/22