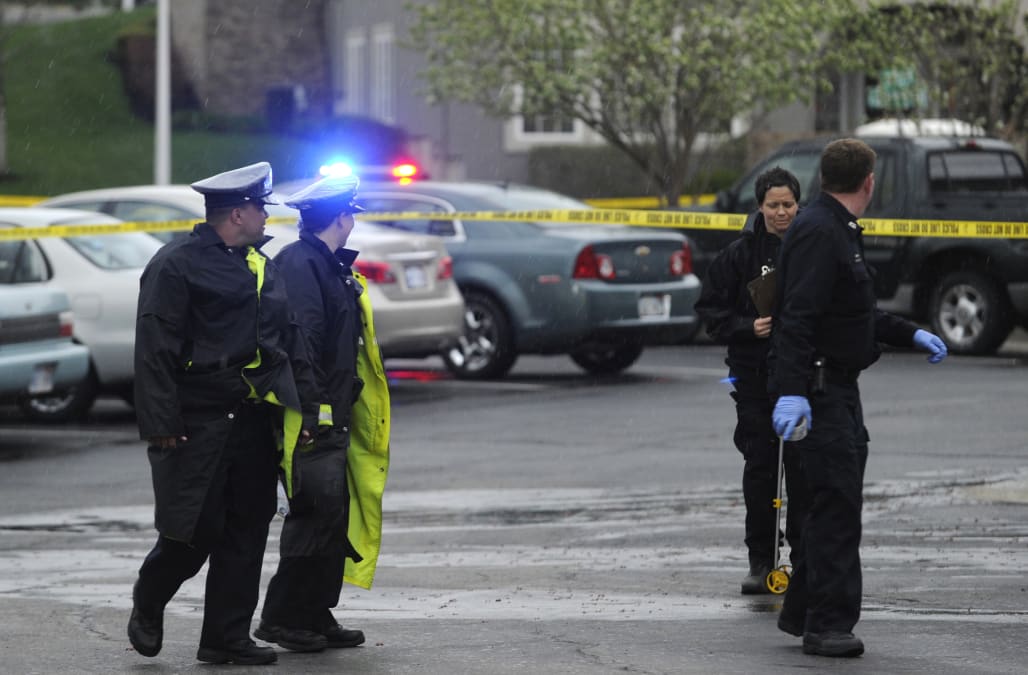 A gunman suspected of shooting three Missouri police officers on Sunday was shot dead after being cornered by cops.

The suspect was considered a person of interest in the slaying of college student Sharath Koppu in Kansas City earlier this month.

The first two Kansas City officers who were shot were working in an undercover operation at a motel less than 2 miles from Kaufman Stadium, where the Royals play.

The unidentified suspect then fled in a vehicle with another person, who was later arrested.

The third police officer was shot in the arm during the search for the suspect, who had barricaded himself inside a home less than a mile from the motel, according to the Kansas City Star.

The gunman was killed after coming out of the home, according to the newspaper.

All three police officers who were shot are expected to survive.

Koppu, a student at University of Missouri-Kansas City, was shot on July 6 during an armed robbery at J's Fish and Chicken Market. The 25-year-old Koppu was a software engineer who came to the U.S. in January to pursue his master's degree, according to the Star.