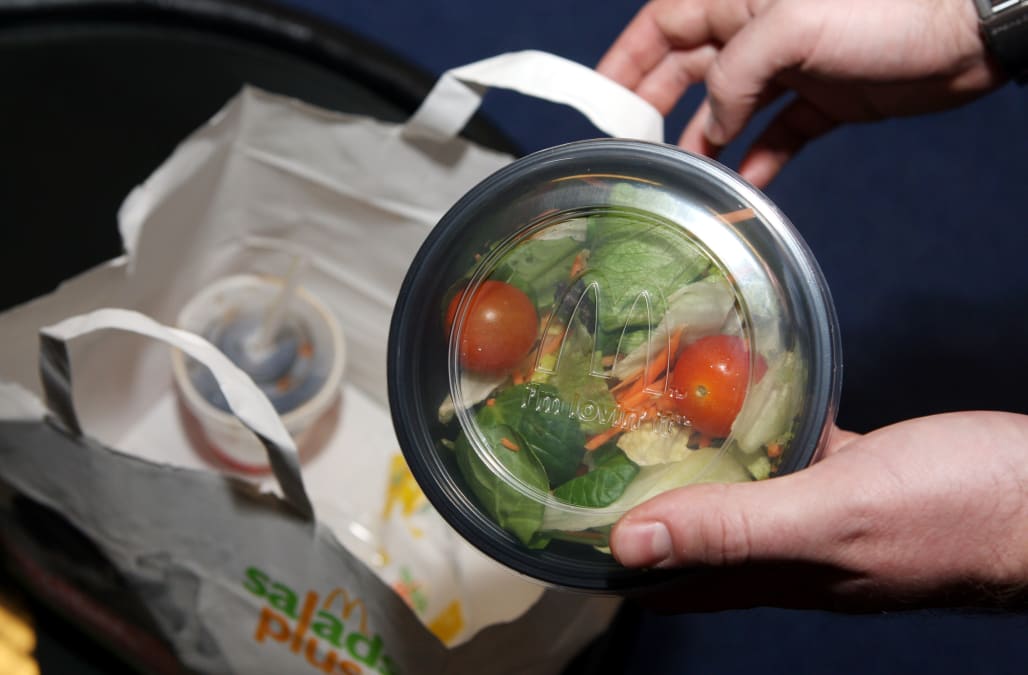 July 12 (Reuters) - The Iowa and Illinois health departments said on Thursday that they were investigating cyclospora infections linked to salads at McDonald Corp's restaurants.

In about one-fourth of the Illinois cases people reported eating salads from McDonald's in the days before they became ill.

McDonald's, the world's largest restaurant chain, said in a statement that it had been in contact with public health authorities in both states.

It said that it had voluntarily stopped selling salads at the approximately 3,000 affected U.S. restaurants until it could switch to another lettuce blend supplier.

"We are closely monitoring this situation and cooperating with state and federal public health authorities as they further investigate," the company said.

The parasite, cyclospora cayetanensis, infects the small intestine, typically causing watery diarrhea and frequent, sometimes explosive bowel movements. It is spread by ingesting food or water contaminated with feces and not directly from one person to another.

Several outbreaks have occurred in the United States in the past several years, especially during the summer months, that had been linked to imported fresh produce including raspberries, basil, snow peas, and lettuce.