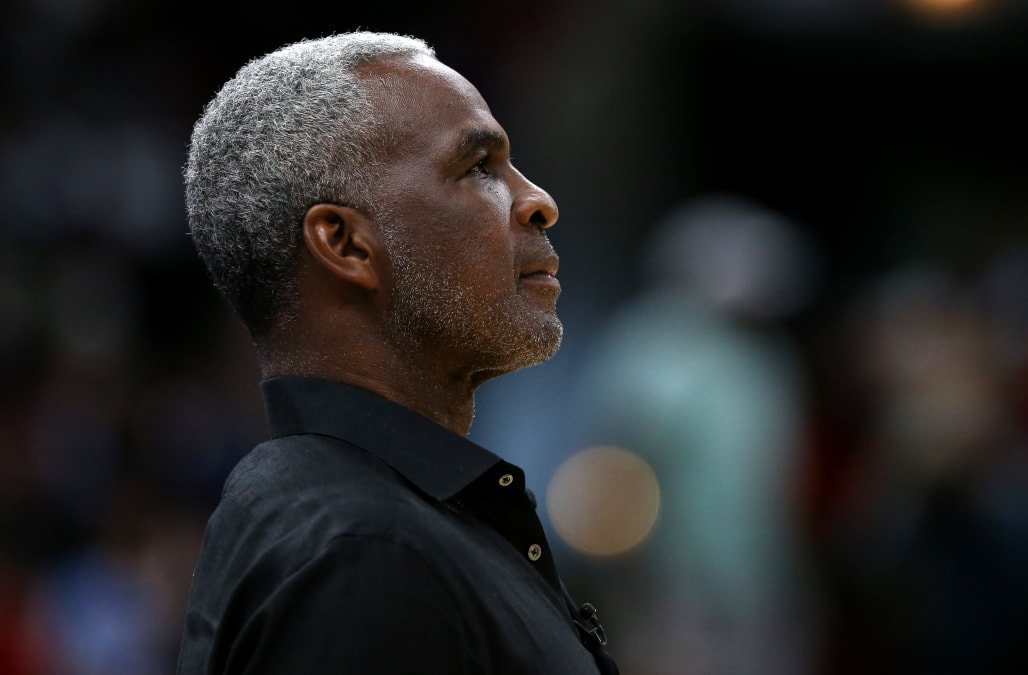 Charles Oakley is back in trouble with the law.

TMZ has reported that the Knicks legend was arrested at The Cosmopolitan of Las Vegas on Sunday after allegedly attempting to pocket a bet he made after realizing he was going to lose. Though it’s unclear what game he was playing, the incident was recorded on video, per TMZ.

Nevada Gaming Control Board officials told the gossip outlet that Oakley “was suspected of adding to or reducing his wager on a gambling game after the outcome was known.” A source told TMZ that Oakley tried to remove a $100 chip from a wager before being confronted. A security team subsequently reviewed video footage and determined he allegedly cheated, according to the report.

Oakley, 54, was taken into custody at 5:30 p.m. and booked at the Clark County Detention Center, per TMZ. He reportedly faces one to six years in prison if convicted of the charge of committing or attempting to commit a fraudulent act in a gaming establishment.

Oakley, who is the head coach of the Killer 3’s basketball team in rapper Ice Cube’s BIG3 celebrity league, was on the sidelines at Oracle Arena in Oakland, California two days before the incident.

Charles Oakley through the years
Feb 23, 2017; Cleveland, OH, USA; Former New York Knicks player Charles Oakley, left, attends the game between the Cleveland Cavaliers and the New York Knicks at Quicken Loans Arena. Mandatory Credit: Ken Blaze-USA TODAY Sports
Retired basketball player Charles Oakley arrives on the red carpet for the film "The Carter Effect" at the Toronto International Film Festival (TIFF), in Toronto, Canada, September 9, 2017. REUTERS/Mark Blinch
Toronto Raptors' power foward Charles Oakley looks out from a T-shirt welcoming him back to the club after signing a three- year contract in Toronto, September 2. Oakley, who played out his one-year contract with the Raptors last season, resigned with the team after long a off season testing the free-agency market.
Vancouver Grizzlies center Bryant Reeves (R) loses the ball against Toronto Raptors forward Charles Oakley during first half National Basketball Association action at the Air Canada Centre in Toronto, January 9. The Grizzlies defeated the Raptors 107-97. ANW/HB
NBA basketball former player Charles Oakley looks on during Comunitat Valenciana Motorcycling Grand Prix at Ricardo Tormo race track in the Spanish eastern town of Cheste, near Valencia, November 6, 2005. REUTERS/Victor Fraile
LOS ANGELES, CA - AUGUST 13: Charles Oakley #34 of the Killer 3s reacts to a call in their game against the Trilogy during week eight of the BIG3 three on three basketball league at Staples Center on August 13, 2017 in Los Angeles, California. (Photo by Sean M. Haffey/BIG3/Getty Images)
Up Next

The Sin City arrest comes nearly a year and a half after Oakley’s ugly ejection from Madison Square Garden during a Knicks game that rekindled his feud with team owner James Dolan. Oakley accused Dolan of having Garden security target him minutes after he sat down, sparking a melee that led to Oakley’s arrest and assault charge. The charge was dropped in August as part of a deal requiring he stay out of trouble for six months and away from the Garden for one year.

After Oakley’s arrest, Dolan suggested the former All-Star had a drinking problem. Oakley sued Dolan and MSG for defamation and discrimination in September seeking unspecified damages.

In 2011, Oakley sued a the Aria Resort & Casino in Las Vegas claiming he was attacked in a “gang-style beat down” by security guards in May 2010. The case was settled in 2014.