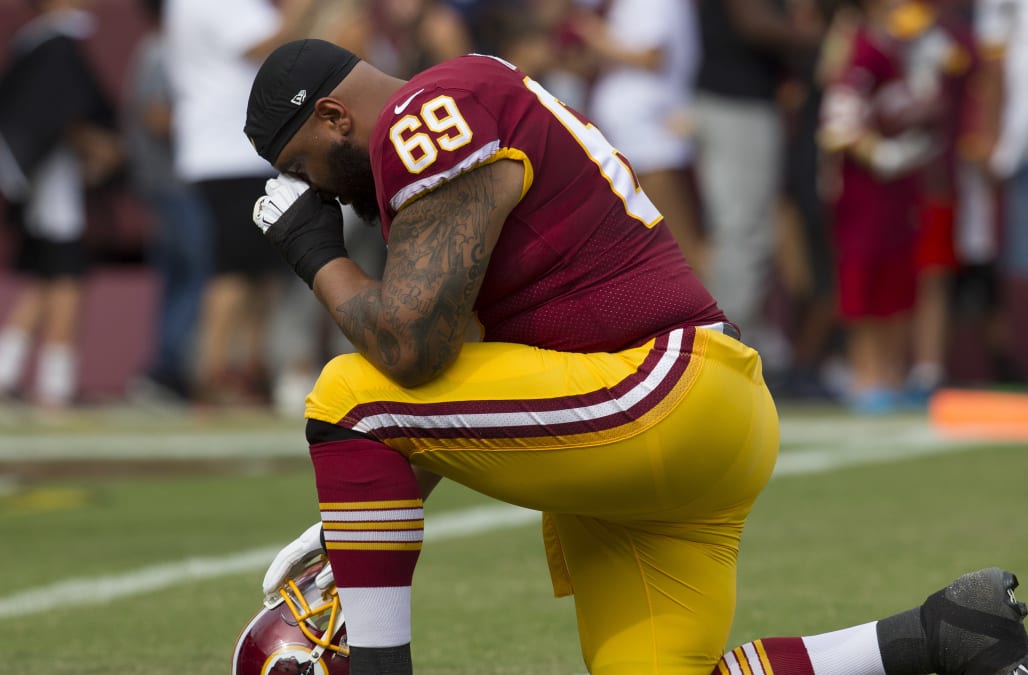 If you travel with any regularity, chances are, you have a story about a negative interaction with a member of the Transportation Security Administration, or TSA.

Don’t get us wrong: TSA does an important job, helping to make sure our air travel is as safe as possible.

But while seemingly unnecessary pat-downs are a nuisance, New York Giants defensive lineman A.J. Francis has a truly terrible story.

‘Make sure you close it so her remains aren’t spilled’

Francis, a 28-year-old journeyman who signed a free-agent deal with the Giants in May, posted a photo on Twitter on Monday morning, calling out TSA. The photo showed the inside of his luggage and the printed “Notice of Baggage Inspection” form placed inside all bags TSA agents open to inspect.

“Hey you pieces of (expletive) at @TSA next time you (expletive) feel the need to go thru my mother’s ashes for no reason, make sure you close it back so her remains aren’t spilled on all my clothes…the least you pieces of garbage can do is your (expletive) job,” Francis wrote.

Someone responded to Francis’ tweet and included the TSA customer service Twitter handle, @AskTSA, and what came back is basically a stock response.

“Out of respect for the deceased, under no circumstances should the container be opened,” the TSA reply said in part.

It’s unknown what circumstances led to Francis’ container being opened.

Francis has not yet responded to a request for more information.

‘I pray that you found your peace’

Francis posted on Instagram on June 26 that his mother had died.

“#RIP to my mother Carrie Francis… I pray that you found your peace I hope you and Pop are laughing it up, and I can’t wait to see you again!,” Francis wrote under pictures of himself with his mother. Carrie Francis was just 46 years old.

Her funeral was July 1. In an Instagram post that day, Francis said it would be one of the hardest days of his life.

“My mother may be gone but I can be a shining example to her legacy…I’m just trynna make my momma #PROUD I aint trynna let my momma down,” he wrote.