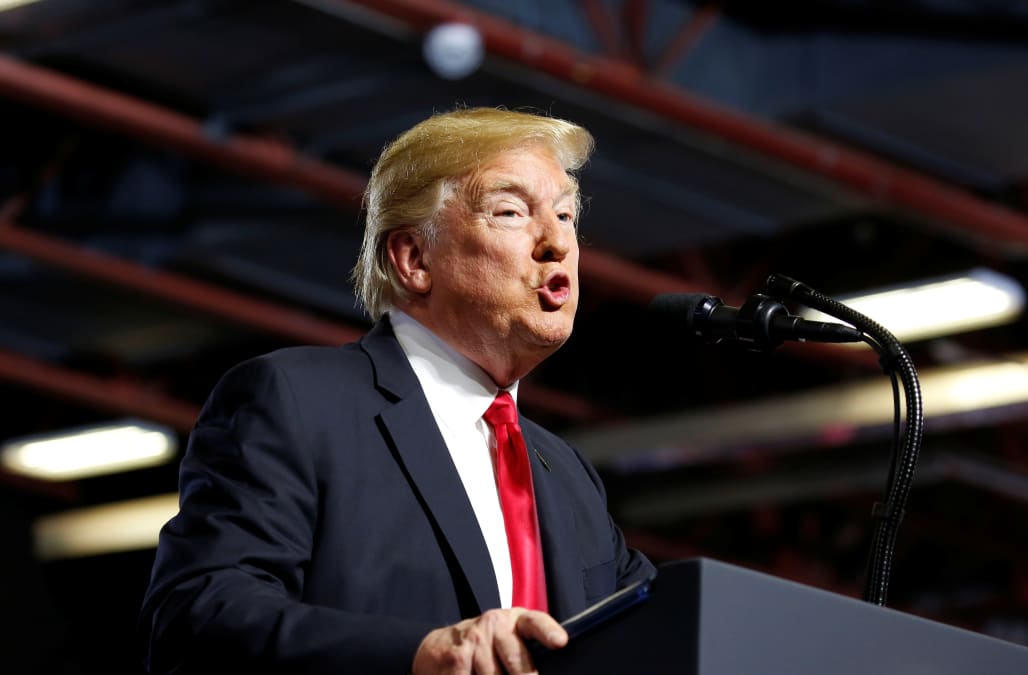 President Donald Trump on Saturday jabbed at the New York Times and Washington Post, purveyors of “fake news” that he boldly forecasted will be “out of business in 7 years!”

Twitter is getting rid of fake accounts at a record pace. Will that include the Failing New York Times and propaganda machine for Amazon, the Washington Post, who constantly quote anonymous sources that, in my opinion, don’t exist - They will both be out of business in 7 years!

“Twitter is getting rid of fake accounts at a record pace,” Trump tweeted Saturday morning. “Will that include the Failing New York Times and propaganda machine for Amazon, the Washington Post, who constantly quote anonymous sources that, in my opinion, don’t exist.”

Trump frequently bashes the press — but his latest barb comes barely more than a week after a deadly newsroom shooting in Maryland prompted him to decry the threats of violence against journalists that his heated anti-media rhetoric often stirs.

It also comes as some reporters have pushed back on Trump’s repeated claims that outlets are inventing the anonymous sources they cite, including a Fox Business Network reporter who said that Trump was “one of mine over the years.”

It’s not clear what prompted Trump’s oddly specific prediction that the two papers have but seven years left in their long existence, but both the Times and Post appear to have seen a subscription surge during his presidency. The left-leaning MSNBC, which Trump calls “fake news,” has also seen its ratings climb — as the president’s favorite network, Fox News, appears to be slumping.

Nevertheless, Trump repeated his claims Saturday that the Times is “failing” and that the Post is a lobbyist for Amazon — the online retail giant whose founder owns the paper.

“They will both be out of business in 7 years!” Trump said.

Despite his assertion that “journalists should be free from the fear of being violently attacked while doing their job,” he has continued to call reporters “really bad people” and to tell his supporters that “75% of those people are downright dishonest.”

The Capital Gazette, which lost five employees in the June shooting in its offices, appeared to take a dig at Trump over his rhetoric against the press in an editorial July 1 thanking the public for its outpouring of support.

“We won’t forget being called an enemy of the people,” the paper wrote. “No, we won’t forget that. Because exposing evil, shining light on wrongs and fighting injustice is what we do.”