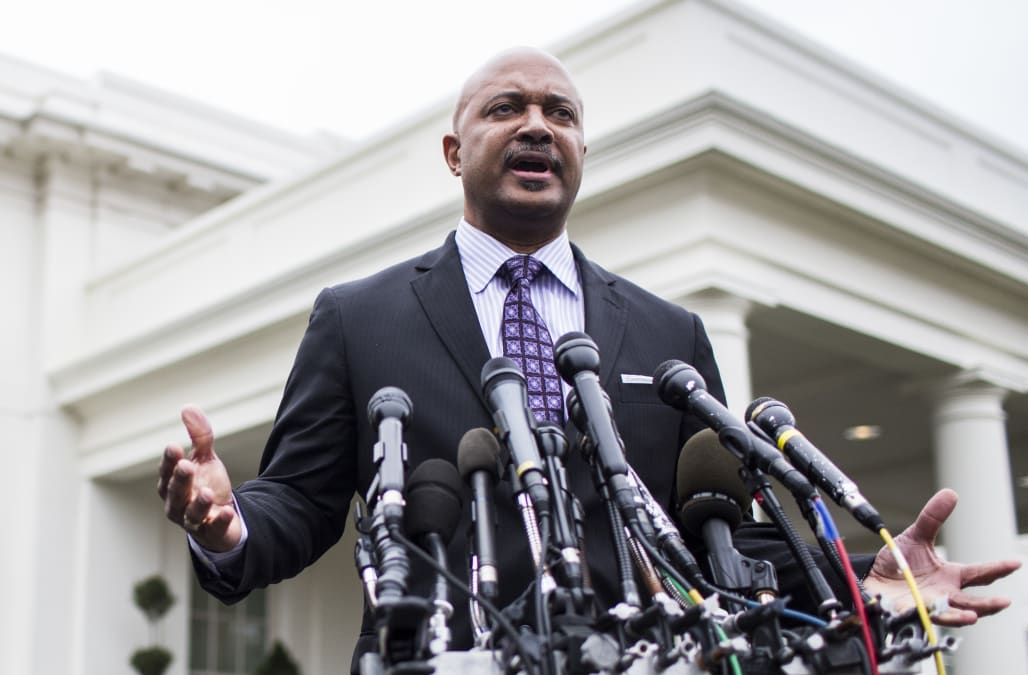 July 7 (Reuters) - Women's and victims' rights groups rallied in Indianapolis, Indiana, on Saturday to urge the state's attorney general to resign following allegations that he had inappropriately touched four women.

The rally followed mounting calls for the resignation of Indiana Attorney General Curtis Hill, who has denied the allegations against him and is refusing to step down.

About 50 people gathered on the steps of the Indiana Statehouse under cloudless skies to call on Hill to leave office, many holding placards saying: "Power is not permission."

"The findings of the recent legislative report are disturbing and, at a minimum, show a violation of the state's zero tolerance sexual harassment policy," Holcomb said in a statement.

The report by the Taft Stettinius & Hollister law firm, prepared at the request of legislative leaders, cited four women who said they were groped by Hill in the early hours of March 15 at an Indianapolis bar where several lawmakers and aides had gathered following the close of the legislative session.

The report, dated June 18, was made public on Monday by the Indy Star, which did not reveal the alleged victims' names.

There was a "fundamental lack of fairness and due process" in the investigation, Hill said in a statement on Friday, and demanded a separate probe by the county prosecutor's office "where my constitutional rights are respected and protected."

"I am not resigning," Hill also declared on Twitter. "The allegations against me are vicious and false. At no time did I ever grab or touch anyone inappropriately."

But two women, State Representative Mara Candelaria Reardon, a Democrat, and Gabrielle McLemore, communications director for the Indiana Senate Democrats, identified themselves as two of the victims on Friday in letters to the Indy Star.