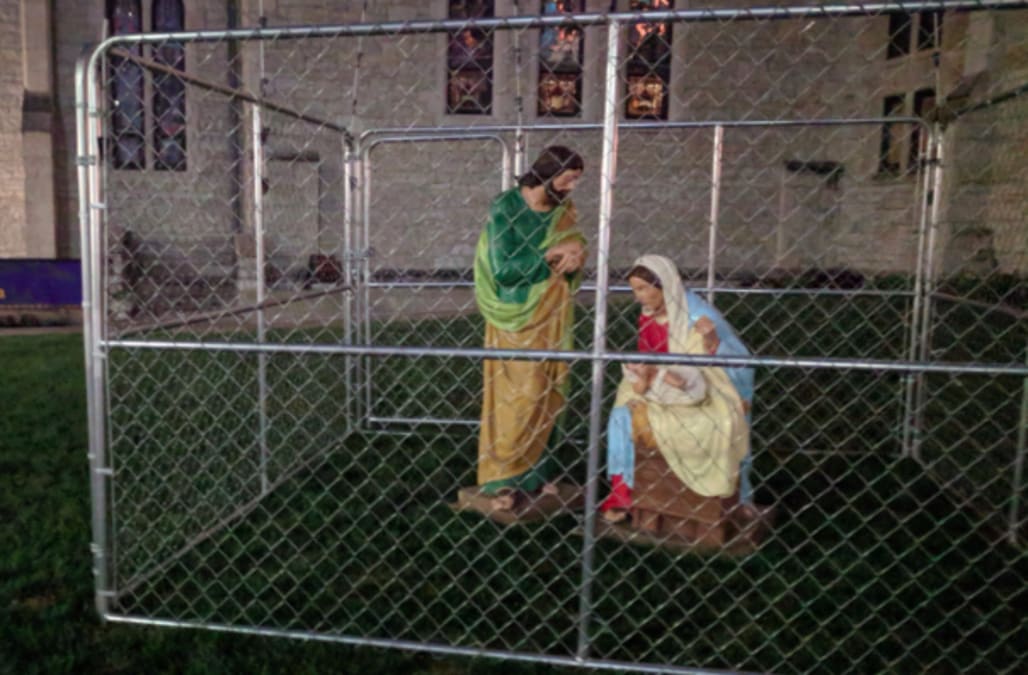 An Indianapolis, Ind., church made a bold statement about Trump's "zero tolerance" policy by placing statues of Mary, Joseph and Jesus inside a cage representing "ICE detention."

The diorama also includes a sign reading, "#EveryFamilyIsHoly," and its Spanish translation, "#CadaFamiliaEsSagrada."

On our lawn tonight we placed The Holy Family...in #ICE detention. #Immigrationpic.twitter.com/eSkTv89SEf

Stephen Carlsen, the Dean of Christ Church Cathedral, told WXIN that the display is meant to illustrate the church's deep concern with the way the United States treats asylum seekers.

"We heard a lot of the Bible quoted, people trying to say what scripture justifies and doesn’t justify," Carlsen told the station. "Our tradition, our sacred traditions, are crystal clear. People who come to us for safety, for refuge are just like everyone in our families."

"Our job as faithful people is to welcome people with mercy," he continued. "Our religious images are supposed to remind us where. God’s heart is compassion. With people who are in need, and our heart should be there, too."

Carlsen also noted in an interview with WRTV that, according to scripture, the Holy Family themselves were asylum seekers.

"They had to flee for asylum in Egypt," he told the outlet. "The powers of the day were threatening and indeed killing people in Jesus's day. They were a homeless family with nowhere to stay. I think our faith tells us where we need to be."