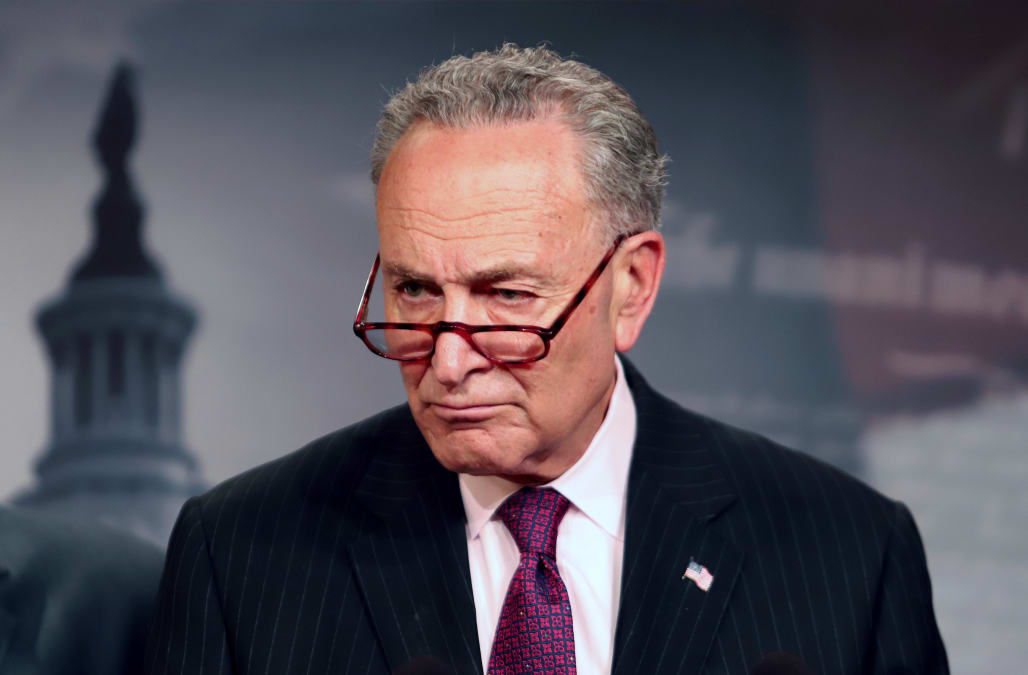 Senate Minority Leader Chuck Schumer (D-NY) has been a vocal critic of President Trump, and the two men have frequently traded barbs.

However, on Monday, Schumer stood on the Senate floor and slammed Democratic Representative Maxine Waters – though not by name- for her suggestion that the Trump administration officials be publicly confronted.

“Many of us disagree with the policies of the current administration in a country as large and diverse as ours,” Schumer said. “I strongly disagree with those who advocate harassing folks if they don’t agree with you. If you disagree with someone or something, stand up, make your voice heard.”

“If you disagree with a politician, organize your fellow citizens to action and vote them out of office, but no one should call for the harassment of political opponents. That’s not right. That’s not American,” Schumer added.

Waters’ comment was made in regard to the Trump administration’s “zero-tolerance” immigration policy, which resulted in children being separated from their parents, reports CNN.

She said during a Saturday event in Los Angeles, “If you see anybody from that Cabinet in a restaurant, in a department store, at a gasoline station, you get out and you create a crowd.”

“And you push back on them. And you tell them they’re not welcome anymore, anywhere,” Waters further remarked.

Trump took to Twitter on Monday and fired back at Waters.

“Congresswoman Maxine Waters, an extraordinarily low IQ person, has become, together with Nancy Pelosi, the Face of the Democrat Party,” Trump wrote in a tweet. “She has just called for harm to supporters, of which there are many, of the Make America Great Again movement. Be careful what you wish for Max!”