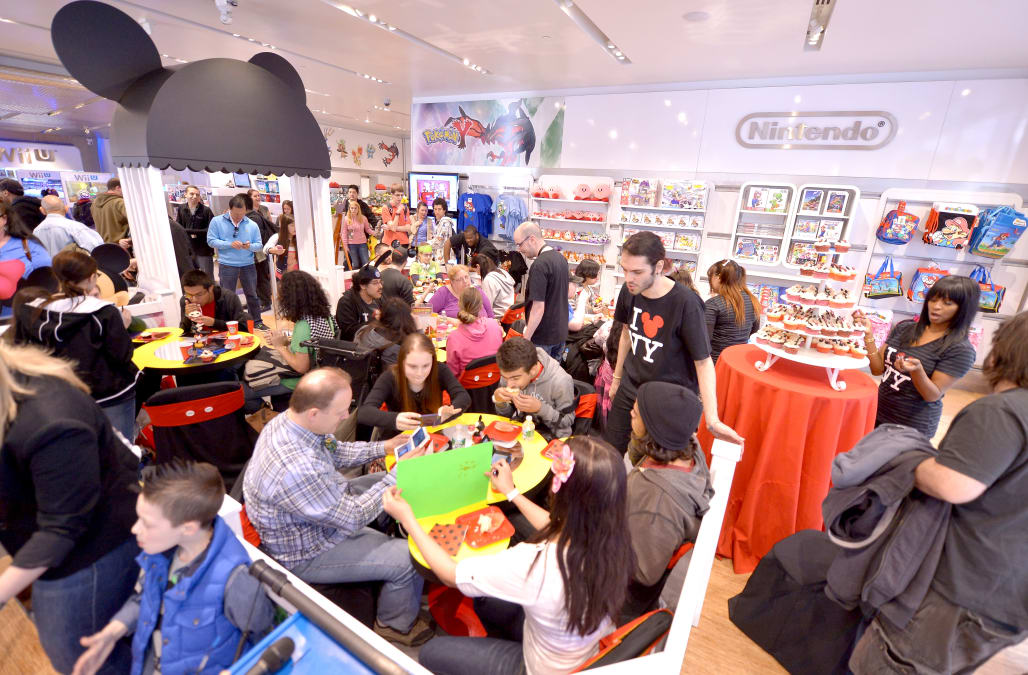 A disgruntled gamer upset that Midtown’s Nintendo World NYC had removed kiosks for a popular game threatened to blow up the store — but no one saw the threat for two months, officials and gaming insiders said Saturday.

The threat — sent in April — was discovered Saturday morning when workers at the Rockerfeller Plaza store decided to clean out the inbox for the infrequently used email address.

The writer of the email expressed “displeasure over the Super Smash Bros. kiosks being removed from the store,” according to Tweeter and Twitch streamer Mitsu, who claimed to have knowledge of the case.

“It’s not a joke,” Mitsu wrote. “I’m not keen on jokes about serious threats.”

RELATED: Nintendo, around the world

An NYPD spokeswoman confirmed that workers at the store found the threatening email Saturday morning, but the email was written back in April.

Cops are investigating, although, since nothing has exploded over the last two months, it’s not believed the gamer will make good on his threat, a law enforcement source with knowledge of the case said.

A manager at Nintendo World NYC declined to comment about the threat.

“I have nothing further to add,” she said.

Super Smash Bros. is a fighting game where popular characters from different Nintendo franchises like Mario Bros. call each other out. A new version of the game, Super Smash Bros. Ultimate is due out in December.

In March, Nintendo announced a Super Smash Bros. invitational tournament, where players can try out the new game and play each other.

The store routinely holds demonstrations of the latest Nintendo games for sale where gamers can play for free before purchasing.

This past week, Nintendo World NYC held three Super Smash Bros. invitationals, where the bouts between players were live streamed for everyone to see.