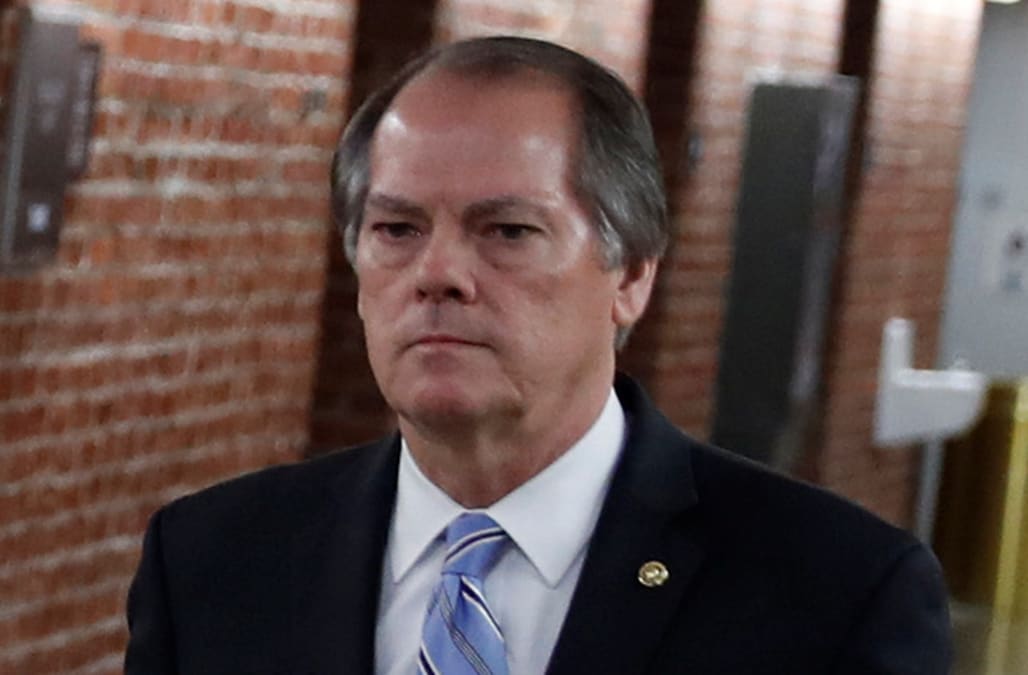 WASHINGTON — A longtime staffer for the Senate Intelligence Committee has been arrested on charges of lying to investigators probing the potential leaking of classified information, the Justice Department announced Thursday night.

A federal grand jury indicted the staffer, James A. Wolfe, 58, on three counts of making false statements in December about contacts with reporters, including providing sensitive information related to the work of the Senate Intelligence Committee, which he served as security director for 29 years. He was arrested Thursday and is expected to appear in U.S. District Court for the District of Maryland on Friday.

His arrest comes just one day after the full Senate, with little advance notice, quietly authorized the committee to cooperate with the Justice Department regarding what was described only as an “investigation arising out of allegations of the unauthorized disclosure of information.” The 15 members of the committee were briefed on the circumstances of the investigation Monday night.

Also Thursday evening, The New York Times reported that the telephone and electronic communications of one of its reporters were seized by the Justice Department in February as part of the investigation. The reporter, Ali Watkins, declined to comment.

The Times said F.B.I. agents approached Watkins about a previous three-year romantic relationship she had with Wolfe, asserting that Wolfe had helped her with articles while they were dating. But Watkins told the Times that Wolfe was not a source of classified information for her.

The Times said in a statement that the action by the Justice Department “will endanger reporters’ ability to promise confidentiality to their sources and, ultimately, undermine the ability of a free press to shine a much needed light on government actions.”

That Wolfe is charged with improperly handling sensitive committee material represents a major breach; the security director is the person entrusted to administer the strict confidentiality procedures for all member offices and committee staffers. The Senate Intelligence Committee, like its House counterpart, has been largely consumed for the past 18 months with an investigation into Russian interference in the 2016 presidential election.

“Mr. Wolfe’s alleged conduct is a betrayal of the extraordinary public trust that had been placed in him,” said Jessie K. Liu, U.S. attorney for the District of Columbia. “It is hoped that these charges will be a warning to those who might lie to law enforcement to the detriment of the United States.”

During his tenure, Wolfe escorted every witness who testified before the committee in connection with the Russia probe.

Contacted by NBC News on Wednesday night about the unusual Senate vote, Wolfe denied that it involved any potential wrongdoing by him and that he had been contacted by federal law enforcement officials. Reached again Thursday night, Wolfe declined to comment.

At least one case in which Wolfe is alleged to have improperly shared classified information involved the Russia probe. According to the indictment, a classified document was provided to the Senate committee in March 2017 that involved an individual identified as “Male 1.” Wolfe “received, maintained and managed” the document on behalf of the committee.

That night, Wolfe is alleged to have exchanged 82 text messages with a reporter and also spoken to her by phone. On or about April 3, an article was published under that reporter’s byline revealing the identity of Male 1.

Watkins was a reporter for BuzzFeed at that time. An April 3 article with her byline revealed that former Trump campaign foreign policy adviser Carter Page “met with and passed documents to a Russian intelligence operative” in 2013.

Committee rules explicitly state that no senator or committee staff member “shall disclose, in whole or in part or by way of summary, the contents of any classified or committee sensitive papers, materials, briefings, testimony, or other information received by, or in the possession of, the committee to any other person,” except as authorized by the committee. Sharing such materials with executive branch officials or members of the House Intelligence Committee is allowed but only under limited circumstances.

Anyone found in violation of the committee rules could be referred to the Senate Ethics Committee. Wolfe was placed on leave December 15, 2017, the day he was interviewed by the FBI. His access to committee spaces and all materials were immediately revoked, a source familiar with the matter told NBC News. Wolfe was already set to retire in early 2018.

Journalism advocacy groups have accused the government of overstepping the First Amendment in its targeting of journalists in leak investigations, a campaign that began during the Obama administration.

"All leak investigations — whether they directly target reporters or not — are a grave threat to press freedom. Whistleblowers are the lifeblood of reporting, and the Trump administration is directly attacking journalists’ rights by bringing these cases, " the Freedom of the Press Foundation said in a statement.

"She [Ali Watkins] is having her private records scrutinized and spied on by the government for doing her job as a journalist, and the Justice Department’s move should be loudly condemned by everyone no matter your political preference," the Foundation said.